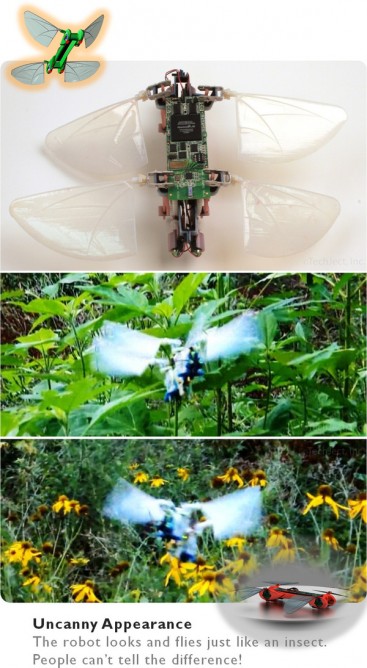 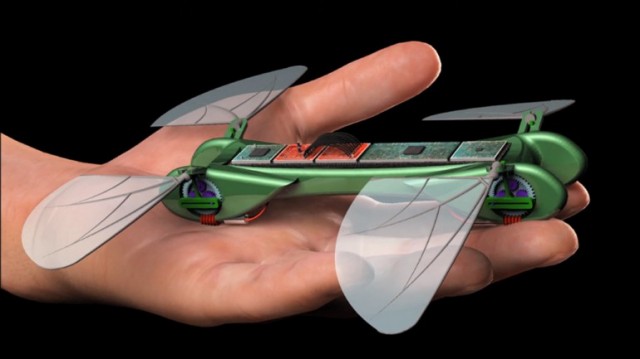 UAV’s are one of those areas of technology that really opens a lot of doors for creativity, and for designers and manufacturers, there’s no better inspiration than the natural world around us. A team from Georgia Tech has been hard at work on mimicking the natural flying capabilities of a dragonfly, and with their new palm-sized TechJet Dragonfly, their work may have paid off.

The UAV uses a combination of quadrocopter, helicopter and fixed wing aircraft technology to help the device fly and hover just like a real life dragonfly would. It wasn’t cheap though, and along with their four years of hard work and research, it also cost the Georgia Tech team and the U.S Air Force a combined funding of $1 million.

The result is a UAV that has managed to mimic a Dragonfly in more than one aspect, and with a length of 6 inches, and a weight of just 25g, the 250 mAh lithium polymer powered TechJet Dragonfly is also very similar to its natural counterpart in shape and size, as well as its flying capabilities.

The TechJet development team hope to reach out to all sorts of consumers such as aerial photographers, gamers, military personal and many other occupations and it’s twenty on-board sensors help to support these needs. The TechJet also comes in four varying models and is currently on a crowd-funding page on Indiegogo. The TechJet team hopes to secure enough funding to now manufacture the devices so that their $1 million funded research can go straight to consumers instead of beind-the-scene military and security occupants.

The four models offer different uses and come with different computing and flying capabilities, with the first being $250, and the most expensive being planned for a $1,499 retail price, there’s a huge range of consumer functionality.

These prices may seem a little high for an average consumer, however with just a pledge of $99, funders can get their hands on the $250 model, and a pledge of $399 will grant funders the $1,499 model.