Although this review was done on an Android device, the iOS version is very similar.

A lot has changed on the mobile market since the first Contract Killer was released, and with top notch games like Dead Trigger being available for free download, does the same style gameplay from Contract Killer 1 & 2 have a place on the market? Even with the very restrictive on-rails gameplay, Glu has done a lot of things right to make sure Contract Killer 2 plays more realistically whilst still being able to play on relatively outdated hardware.

Everyone should be familiar with a first-person shooter by now, and Contract Killer is just that. Controls are not too confusing and there are buttons on the screen for reloading, switching weapons and hiding behind cover. On top of the consistent button overlay, you’ll get different prompts on screen that allow you to run to different cover positions or take out enemies with melee attacks. 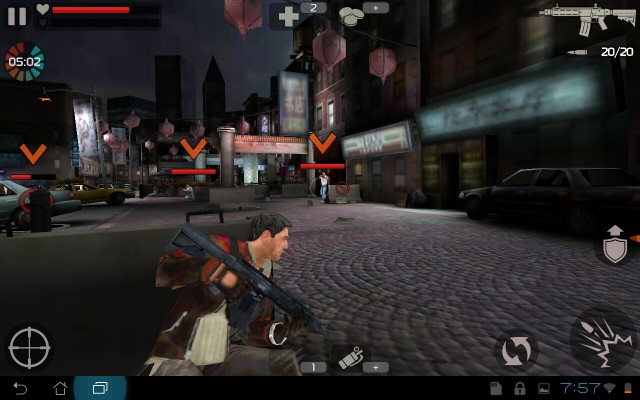 Contract Killer 2 has improved from the first game, and Glu have managed to make the player feel a lot more involved via the different gesture commands and controls.

The different contracts in the game vary from having to take out a certain person to defusing bombs, but when it comes down to it, Contract Killer 2 is very much about killing everyone on sight. When you first start a mission, enemies will not notice you, and in some occasions you can sneak from cover to cover and take out unsuspecting enemies using melee surprise attacks. However, most of the time you’ll be on a canopy or rooftop and will take out enemies with your weapons from a distance. 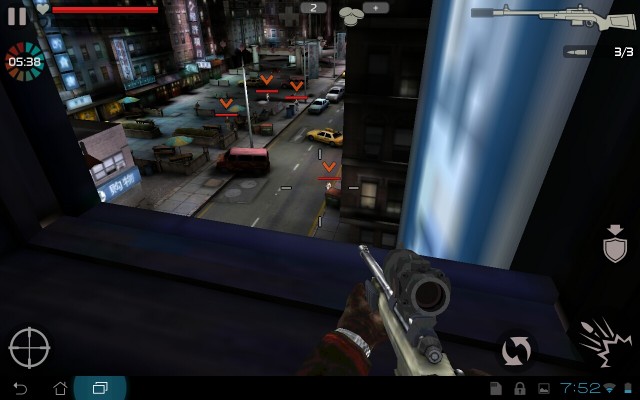 When you take your first shot, enemies will retaliate, and as you progress through the game, you’ll usually come across more waves and tougher enemies to fight against. An interesting feature Glu has added allows you to pinpoint your targets so that you can see them more clearly without having to zoom in on them, but in most missions you will have a timer, which if it reaches zero, you will fail the mission and have to start again, so for the most part the pinpoint feature is merely a gimmick.

What Contract Killer has done well is the experience system. You’ll get rewarded exp for completing contracts and after levelling up new equipment and weapons may become available to you within the shop. The shop consists of a few varieties of weapons, although the snipers are the clear choice here, and with many weapons you can add different attachments and scopes, as well as being to upgrade the weapon stats with cash earnt from completing contracts. 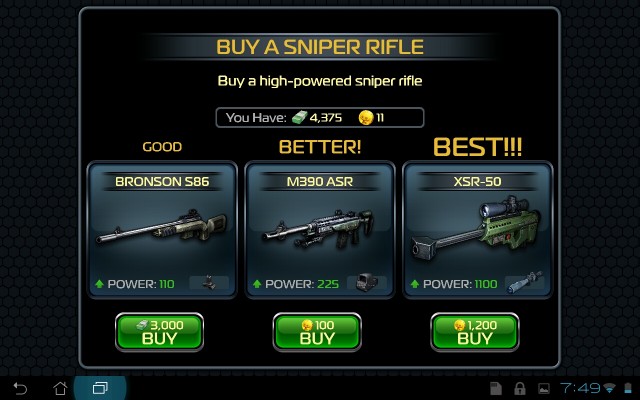 When you level up, you’ll be given Glue coins which can be spent on a few items that would otherwise be unobtainable, and you can also purchase Glu coins with real money. Some items are quite expensive and are practically impossible to earn without buying in-game cash, however no item is particularly game-breaking, so it’s not too much of an issue.

Although the 3D graphics aren’t of the highest standard, they’re acceptable, and like mentioned before, the lower quality graphics will most likely mean better compatibility with older devices which is always a bonus. The 2D artwork and cut scenes in the game are very-well illustrated though, and if you can cope with the not-so appealing 3D gameplay, you’re in for a treat. The audio is at a similar quality to the 2D images, and you’ll hear occasional talk and chatter between you and your contractors throughout the game. The story is not too well-detailed, but added dialogue definitely adds a sense of purpose to the game. 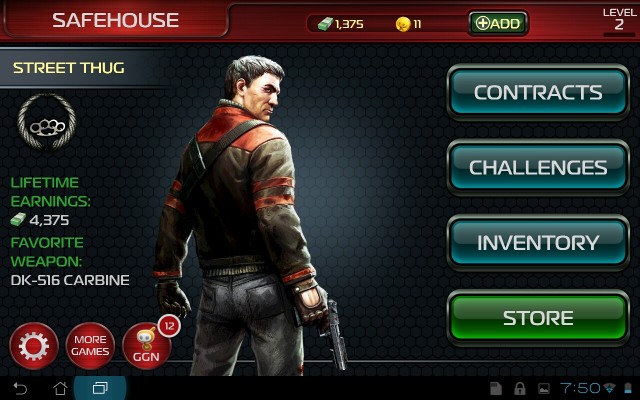