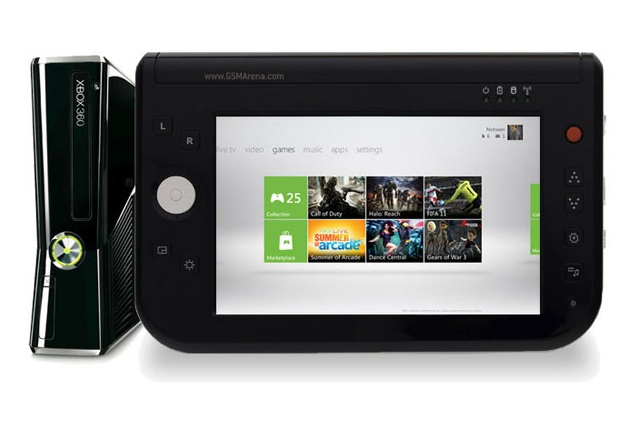 While we’ve seen 10-inch Windows 8 tablets and even Microsoft’s own Surface RT, what about 7-inch devices? So far Microsoft doesn’t seem interested in that category, but that might be because they are readying their own 7-inch Xbox Surface.

Several sources familiar to Microsoft’s plans have confirmed first to the Verge that an Xbox Surface device is in the works– using the Surface tablet brand and Xbox brand both. What exactly a 7-inch Surface tablet would be like remains unseen. According to what we are hearing so far, the device will have a custom ARM processor and high-bandwidth RAM designed with gaming in mind. As for the OS, this thing won’t run on Windows RT or Windows 8. Instead, the device will have its own custom Windows kernel and will strongly focus on games, though other tablet functionality may be baked in as well. More than likely it will also offer some kind of cross-functionality with the Xbox 360 or its successor.

While a 7-inch gaming tablet sounds like a reasonable idea, Microsoft is probably wise enough to understand that competitive pricing and competitive functions to other tablets will probably be needed if this thing is going to be a runaway success. While the device could be more expensive than most traditional 7-inchers, going to high might turn off some consumers.

While we don’t know much about the custom OS, we can probably speculate a few things. First, it will likely have the same tiled “Metro-style” interface we are seeing with all Windows and Xbox products. Second, even if it doesn’t have the bloat of Windows RT/8 it could very well be compatible with the same design language, allowing access and functionality from the Windows Store. Keep in mind, that’s pure speculation at this point.

What do you think of the idea of Microsoft Xbox Surface? If it is a pure gaming device that has only a few specific non-gaming apps would it turn you off or not?