The recently announced LG Nexus 4 is here in just a little over a week. So how does the most recent Nexus smartphone compare with the aging Galaxy Nexus? Is the upgrade massive enough to warrant tossing out the Samsung Nexus device and moving over to the latest and greatest Nexus?

This is a great question, and something we will take a look at by comparing the overall hardware of the Galaxy Nexus next to its younger sibling.

As you read this article, keep in mind that this comparison is just looking at the specs “on paper” and isn’t a direct hands-on comparison of the two phones. We’ll do our best to accurately represent the features and options on both the phones– if we miss anything, just politely add to the comparison through the comments section.

Alright, so let’s jump in!

The Samsung Galaxy Nexus originally sported a weight of 135g and had overall dimensions of 135.5mm x 67.94 mm x 8.94mm. Did the Nexus 4 rock the boat here or is it sporting a similar size and weight? It’s pretty close, for the most part.

The LG Nexus 4 is a few grams heavier at 139g. As for the dimensions, the Nexus 4 is 133.9 x 68.7 x 9.1mm. The bottom line here is that the phones are quite similar in size and shape, it shouldn’t be much of an adjustment for you if you plan on upgrading to the Nexus 4. 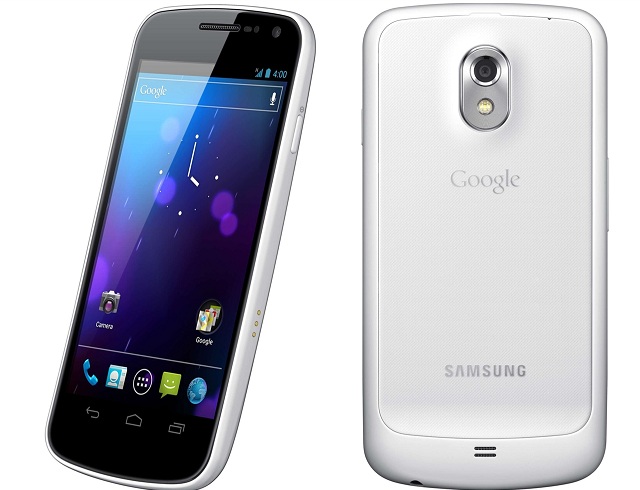 So far what we’ve seen of the Samsung Galaxy Nexus and the LG Nexus 4 paint the picture of a marginal upgrade. The good news is that this isn’t true when it comes to what really matters, things like processing power and RAM.

When the Samsung Galaxy Nexus debuted, its 1.2GHz dual-core OMAP 4460 processor and 384MHz PowerVR SGX540 GPU were rather impressive. The 1GB of RAM was also more than enough to get the job done. Since then, more and more budget devices are moving to dual-core processors and most of the high-end Android smartphones rock quad-core power.

The LG Nexus 4 leaps ahead with an impressive 1.5GHz Qualcomm quad-core Snapdragon S4 Pro processor and an Adreno 320. As for the RAM? This time around the newest Nexus smartphone packs 2GB.

By today’s standards, the Samsung Galaxy Nexus is still quite capable and should run just about every app you throw at it. That being said, the Nexus 4 is a major hardware upgrade when it comes to processing, graphics and RAM.

If you were hoping that the Nexus 4 would change all of that— bad news. Not only is there no microSD on the Galaxy Nexus 4, the storage options are simply an 8GB and 16GB version. If you are heavily invested in cloud streaming, 8GB will probably get the job done okay, but it is still a little disappointing that we don’t have larger storage options.

Not a lot of change here. Both devices have expected connectivity options like Bluetooth, NFC, Wi-Fi and more. The only additions are the support for wireless charging and the added SlimPort-HDMI.

Strangely enough, a version of the Galaxy Nexus did support 4G LTE while the Nexus 4 takes away 4G LTE altogether. It’s fastest supported mobile broadband speed is now the HSPA+ 42.

There is still the possibility of 4G LTE variants in the future though.

On paper, the Samsung Galaxy Nexus has a 1750 mAh battery versus the bigger 2100 mAh battery in the LG Nexus 4. Unfortunately bigger battery doesn’t tell us how much more battery power the LG Nexus 4 actually has— more processing power and graphics probably means need for a better battery to keep up.

Still, I wouldn’t be surprised if they are relatively comparable in actual battery length.

The Samsung Galaxy Nexus originally had a 5MP rear cam and a 1.3MP front cam. For those that are hoping for improvements in the camera department, don’t worry — the camera is better this time around, though not by a ton.

The LG Nexus 4 features an 8MP rear cam, though the front cam stays the same at 1.3MP.

Both being Nexus devices, you get a vanilla Android experience here. It is worth noting that the Samsung Galaxy Nexus has now managed to update to Android 4.1 Jelly Bean (I believe) in all major markets.

If the latest version of Android is important to you, the Nexus line is well known for keeping up here. The LG Nexus 4 will be the first smartphone to ship with Android 4.2 Jelly Bean which includes several new features such as an improved keyboard, a Photo Sphere camera feature, improved notifications, improved Google Search and Google Now functionality and more.

While I may have missed a few other crucial areas of comparison, this should give you a pretty good idea of how the LG Nexus 4 stacks up against its older brother.

Where the Nexus 4 really shines is for those that don’t have a Nexus device at all, or are still rocking the older Samsung Nexus S. Another MAJOR reason to consider a Nexus device is that it is a powerful yet affordable option for those that use a prepaid carrier that is compatible with the upcoming smartphone. The LG Nexus 4 will be available on November 13th in the US, Canada, Germany, UK, Australia, Spain and Germany. The US pricing is set at $299 unlocked for the 8GB version or $349 for the 16GB version.

So how about it, will you upgrade to the LG Nexus 4 or not?