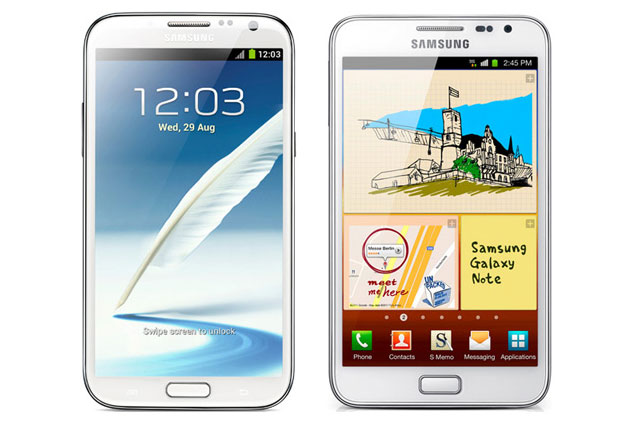 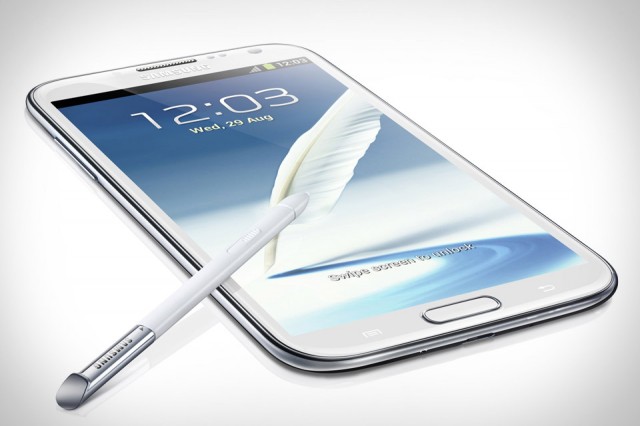 When the first Samsung Galaxy Note was released last year, I had visions of the old Dell Streak and I wondered why on Earth someone would want a smartphone with a display in excess of five inches. Well, it turns out that the original Note has been quite the resounding success and Samsung followed up with the Note II. But what’s different between the two? How much of an upgrade is it?

The overall design borrows a lot from the Galaxy S III too, so you lose the textured back of the Galaxy Note in favor of a slippery “river rock” like back on the Note II.

The new Note II is more powerful with a quad-core 1.6GHz processor compared to the 1.4GHz dual core in the original, though it retains the same 2GB of RAM. The Note II ships with Android 4.1.1 Jelly Bean, whereas the original shipped with Android 2.3.5 Gingerbread, though a Jelly Bean upgrade is available. Naturally, they both use Samsung’s TouchWiz UI too.

The S Pen smart stylus is still here–as will be the case with the entire Note lineup–but it’s gained a few tricks, like Wacom-style “hovering” functionality. The Note II does have some additional features though, like a custom menu for one-handed operation of the dial pad, as well as some features borrowed from the S3, like Smart Stay. The battery is bigger (3100mAh vs 2500mAh) too, helping to improve battery life.

If you already have the original Samsung Galaxy Note, there isn’t as much of a motivation to upgrade to the Note II. However, if you’re looking to enter the phablet arena for the first time, I’d skip the OG Note and head straight to the Galaxy Note II. It’s a beast of a device.