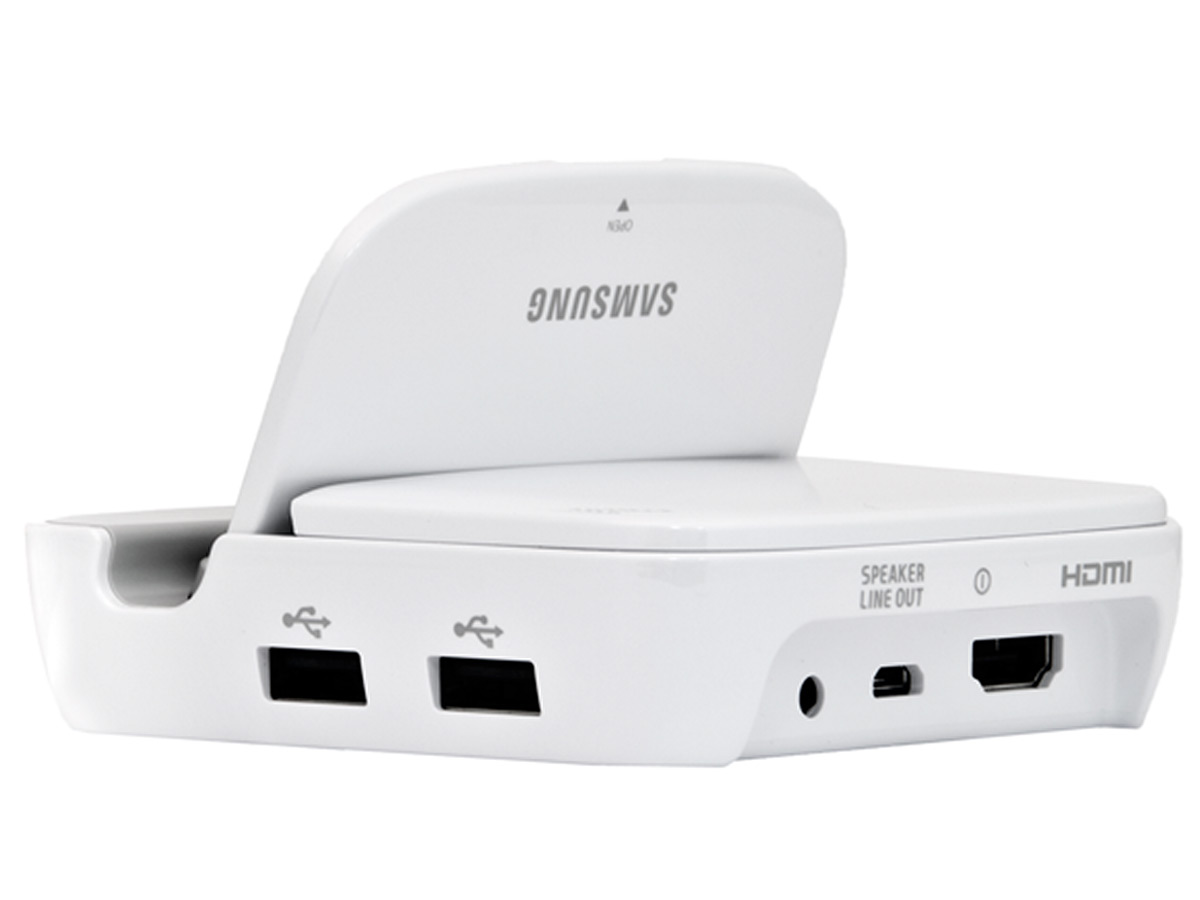 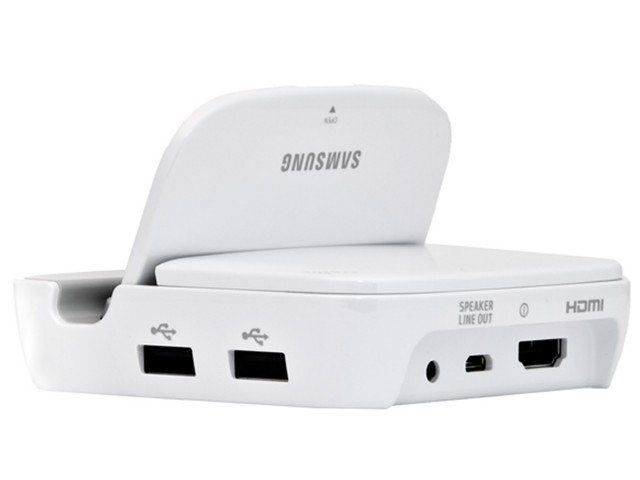 Earlier today we learned that Samsung has already sold 3 million Galaxy Note 2 smartphones. If you are one of these owners, have you ever dreamt about taking the Note 2 even further and turning it into a computer replacement? Sounds like a crazy notion doesn’t it? Samsung doesn’t seem to think so.

A brand new docking station has now been released by Samsung that allows you to hook your note up to an HD monitor and attach extra USB accessories in the process. The dock was first shown off at IFA 2012 in Berlin but is now readily available.

So what’s included with the dock? A speaker out connection (3.5mm jack), the previously mentioned HDMI and 2 USB ports. At $99 it is kind of pricey for something that just adds a few ports but doesn’t up the RAM or any of the power found in the Note 2.

So who could use something like this? A good question. Honestly, the Note 2 is a capable phablet but it probably isn’t powerful enough to replace a desktop. For traveling it might be useful if you will have access to HDTVs at hotels, still most of us have laptops that can do some of the same functions.

Probably one of the most useful places might be the living room. If you have the dock ready to go via HDMI it could provide an easy way to show off videos and information your Note 2 directly to the big screen. What do you think, is an accessory like this worth $99 or is Samsung asking too much?