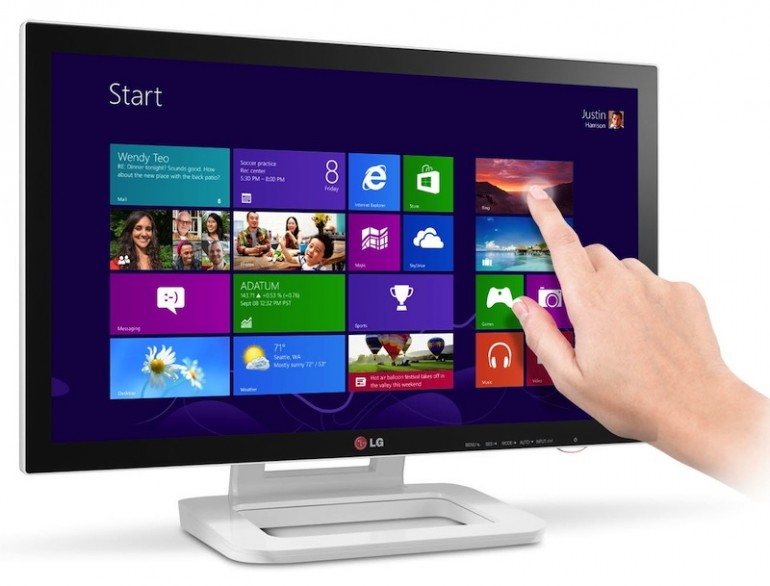 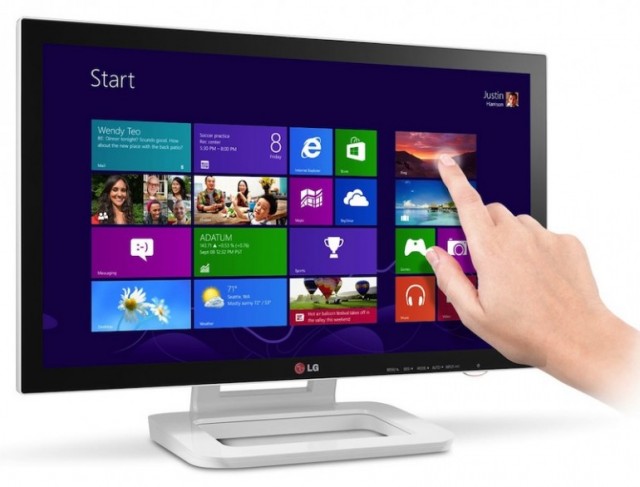 Yes, I know that Windows 8 has the more traditional Windows interface available too and that even the tiled interface can be navigated with a mouse and keyboard, but you really do need a touchscreen if you want to get the most out of Microsoft’s new operating system.

If you recently upgraded to Windows 8 and find your lack of touchscreen capabilities frustrating, you might be interested in the LG Touch 10. It’s a 23-inch montior with full touchscreen tech. In fact, it is able to support up to ten contact points at the same time, so you can use all ten of your fingers if the application supports it. This could be good for Fruit Ninja, though I’m not sure you’ll need all ten fingers to read your email.

LG isn’t quite as forthcoming about the technical specs, like the resolution, but they are saying that this is one of those better IPS panels. LG also says that while this can certainly be used in a desktop environment, it’s also good for tablet users as they can now get a larger screen with more points of contact. If you want to keep your fingerprints off the screen, they also offer an optional stylus. I don’t think you want to buy ten of them, but that’s up to you.

The initial launch for the LG Touch 10 23-inch touchscreen IPS monitor is being planned for South Korea later this year with expansion to Europe and other regions to follow later. No word on price.