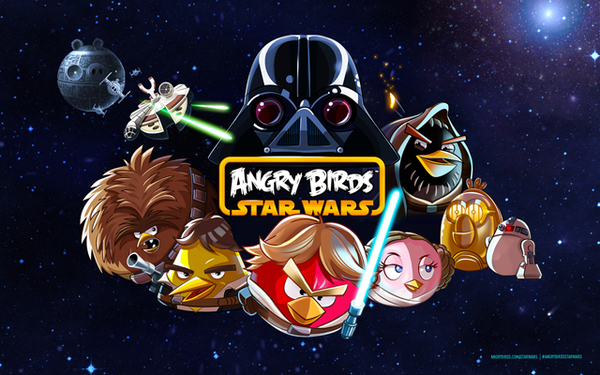 So it’s been about a month since Rovio gave us a hint about their new Angry Birds-Star Wars mashup, and today they have now announced a release date for the new sci-fi themed Angry Birds game.

Rovio has released a trickle of less-than-one-minute trailers to show us different Star Wars characters in bird form, then show off the new birds in action. The three trailers so far show Luke skywalker, Princess Leia, C-3P0, R2-D2, Han Solo and Chewbacca being catapulted across different Star Wars themed levels.

When I first heard about the Angry Birds and Star Wars crossover, I was already quite bored of the Angry Birds franchise, and I wasn’t expecting that much new from the Star Wars version either. However, the trailer has shown that Rovio has managed to pack in all the features from their previous games into one single experience, with new backgrounds, birds, pigs and scenery, all snazzed up in an iconic Star Wars style.

The new Angry Birds title will include average ‘on-earth’ levels as well as levels in space, with each bird having their own special ability that reflects their character; Luke Skywalker can slash his lightsaber at oncoming objects, and Chewbacca can smash through large objects due to his heavy weight.