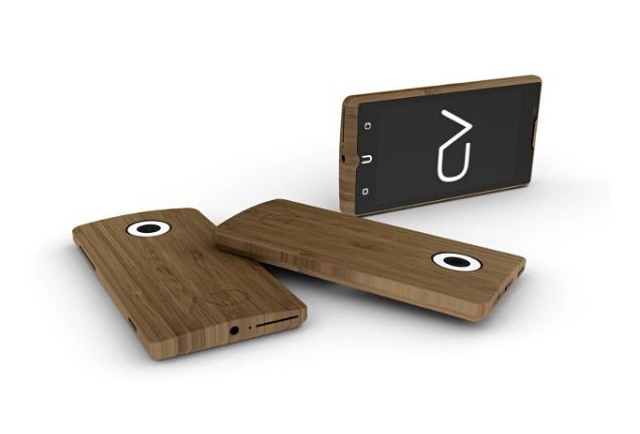 A smartphone that is extremely light, super attractive and even manages to be organic? Crazy you say? Perhaps it is, but that’s exactly what the Adzero smarpthone is all about. The Adzero isn’t anything new, and first was talked about at the beginning of this year. The big news is that the company behind it – AD Creative – is now gearing up for actual production of this unique bamboo-based smartphone.

The 4.5-inch Android device is 11.8mm thick, though no official word on the weight as of yet. The rest of the specs are actually pretty impressive wit ha 1280 x 720 TFT LCD and a 1.4GHz Exynos quad-core processor with 1GB of RAM. Other specs include an 8MP rear cam, a .3MP front cam, a 2050 mAh battery, Wi-Fi and UMTS/HSPA+. The only bad news is that this is running on ICS instead of Jelly Bean– though ICS is still more than capable as an operating system.

The project isn’t quite here yet but is expected to arrive to Kickstarter in the very near future, giving consumers a chance to get this unique smartphone for $500. For those that don’t want to purchase the device until it has a solid release date, the Adzero is expected to eventually retail for a rather pricey $700– certainly a lot more costly that than the outright price for the new LG Nexus 4. Still, this phone is hard to beat when it comes to its unique look and organic bamboo casing.

This is nothing short of cool looking, but at $700 it is certainly a niche item that might not fit comfortably into everyone’s budget. What do you think of the AD Creative ADzero?