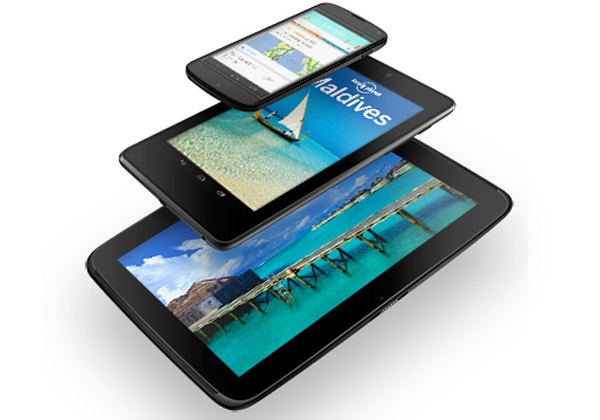 While Apple might have given us a new iPad 4th gen recently, it is no longer the king of displays. Today Google announced the Samsung Nexus 10 with an extremely impressive 2560 x 1600 display.

The new Nexus 10 not only has a sharper display than the iPad 3rd and 4th generation models, it also has a powerful Samsung Exynos 5 SoC. As for graphics, the Mail 604 GPU is nothing short of incredible. At every level, the Samsung Nexus 10 seems to raise the bar, even though we don’t know everything about the hardware yet. As for the battery, it should provide about 9 hours of video playback on just one charge.

If that doesn’t intrigue you, the Nexus 10 is just $399 for a 16GB model or $499 for the 32GB variant. Honestly, no, the Samsung Nexus 10 isn’t as aesthetically pleasing as what Apple is offering but it is more powerful and yet still manages to cost $100 less. If you don’t have a ton invested into Apple’s iTune ecosystem and don’t mind giving Android 4.2 a chance, this could certainly be a tempting alternative to Apple’s iPad.

What do you think, interested or will you stick with the iPad, or perhaps the Microsoft Surface, instead?