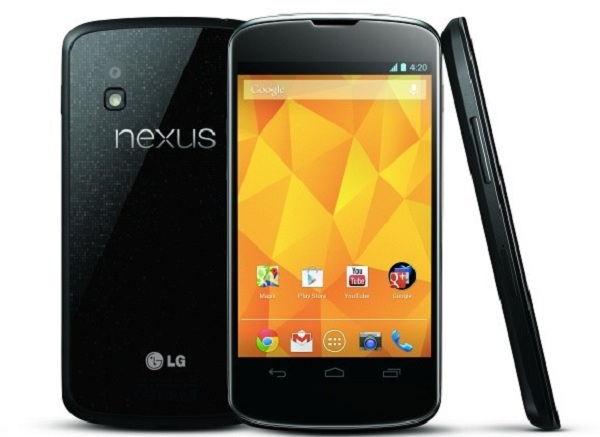 For a long time now, we’ve been talking about the possibility of LG making a new Nexus device. With tons of leaked photos and other information, there was no denying it. We all expected to hear official word of the new smartphone today– until we found out that Hurricane Sandy resulted in Google canceling the event. Good news, Google decided not to let this get in the way and unveiled the Nexus 4 through their blog instead.

The Nexus 4 is basically everything we thought it would be. It runs on Android 4.2 and includes no 4G LTE. The specs are still pretty impressive– if you can live without ultra-fast mobile broadband — with its 1.5GHz quad-core Snapdragon S4 Pro and 2GB of RAM. Other features include 8 or 16GB storage options, 8MP rear cam, 1.3MP front cam, a 2100 mAh Li-Polymer battery, NFC and wireless charging support.

Probably the biggest appeal with the new smartphone is its extremely budget-friendly pricing. The LG Nexus 4 is just $299 for an 8GB model and $349 for a 16GB model, that’s unlocked and off-contract starting on November 13th. If you really want it cheaper, T-Mobile will also carry the LG Nexus 4 for $199 on-contract.

What do you think of Google and LG’s new Nexus 4? Excited or not?