There’s only a certain amount of times an arcade game can be reproduced, reinvented or emulated by others before the game concept becomes old and boring, but Magma Mobile have managed to squeeze in a title that gamers are still happy to play, and with over 500,000 downloads from Google Play since it’s relatively recent launch, Flying Squirrel has managed to gain a large appeal.

If you take any typical side-scrolling runner game from the market and mush it together with a game like Temple Run, you’ll probably end up with something a little like Flying Squirrel. The concept is simple; your squirrel runs through the level whilst you time jumps to gain coins and dodge obstacles. It doesn’t sound frightfully challenging, but as you progress through the 20 levels, things will start picking up pace and you’ll come across many more obstacles and moving enemies. 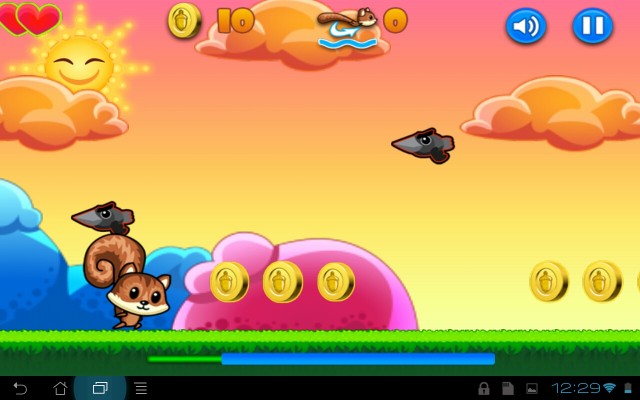 So where does Temple Run come in? Well, apart from the squirrel’s extreme obsession for only ever wanting to run in one direction, the powerups you find in game are almost the exact same that you’d find in Temple Run. You have magnets that suck nearby coins into you, temporary invincibility, flying powers, and score multipliers among other things. You’ll be able to spend the coins you pick up in-game on upgrading your powerups and buying new costumes for your squirrel. Also similarly to Temple Run, there are two types of powerups: utilities which can be used when the user chooses to, and pickups which are used as soon as a player walks into one in the level.

Flying Squirrel is a side-scroller, so there won’t be any path changes or different junctions to run down, but instead different floating platforms and levels which all contain varied rewards and punishments. It’s not so easy to change to another platform, because it requires good timing and usually a skillful use of a double jump so you can line yourself up correctly for the next oncoming jump. 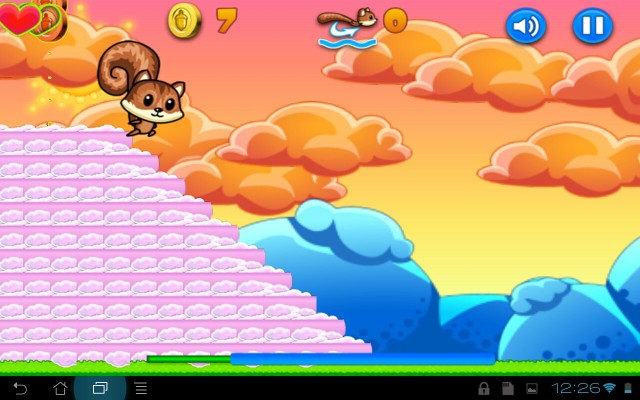 A couple of concerns I have about the game is that some areas seem to be filled with too many jumps, and it’s almost impossible to get across without falling in. I’ve managed to get to level four after a few minutes of play, but I have a feeling it would take a lot of patience to get all the way to level 20 because each time you die you will have to start from the beginning of level one again.

Something else that I’m really pleased to note is that there is practically no freemium content or in-app purchases in the game. I couldn’t find any, and if there are, they’ve been politely tucked away which is a very respectful move for Magma Mobile to take. 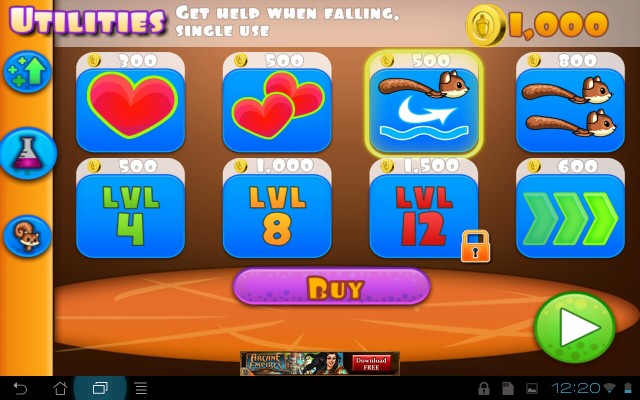 Despite the slightly frustrating misplaced jumps and the seemingly tense atmosphere of the game, Flying Squirrel is surprisingly calm and relaxing, and this is probably down to the cutesy graphics and slow, playful background music. I’ve heard the music around before, so I have a feeling Magma have used royalty free tracks to accompany the soft sound effects. Still, Magma Mobile has managed to capture the music well, and without the colorful characters and backgrounds, the music would most likely give off a different effect. 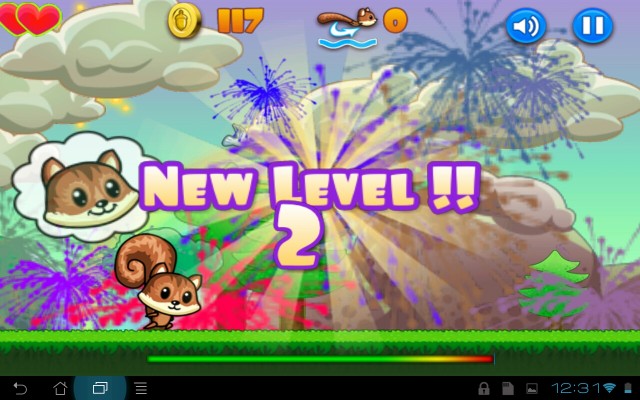