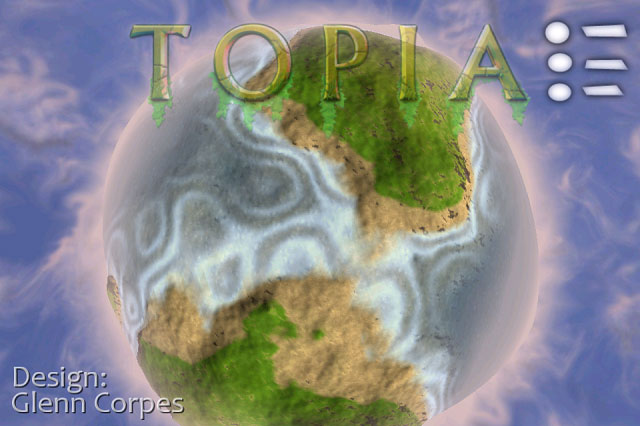 Topia is a new game from Crescent Moon Games released on iOS in early October. This is the first release of the game, which Crescent Moon calls the “Sandbox Release.” Topia is exactly that, a world sandbox where you can create and take away land and add different species of animals. While a sandbox world is fun, I am eagerly awaiting an update to see what else will come of this game.

Topia starts with a short tutorial on how to build your first sandbox world. In the tutorial you learn that you can move your finger across the world to spin it and pinch to zoom in and out. If you are editing your world, you must use two fingers to move the world. This can be an issue at times. I found that often the world would become difficult to move, move in the wrong direction or I would accidentally place animals or change the land when trying to use the two finger movement.

By opening the menu you can view all of your building options, such as raise, lower, or smooth land, increase or decrease the brush size (affects the area of land you are raising, lowering or smoothing), and a variety of animals to place in the world (some are peaceful, while others are predators). 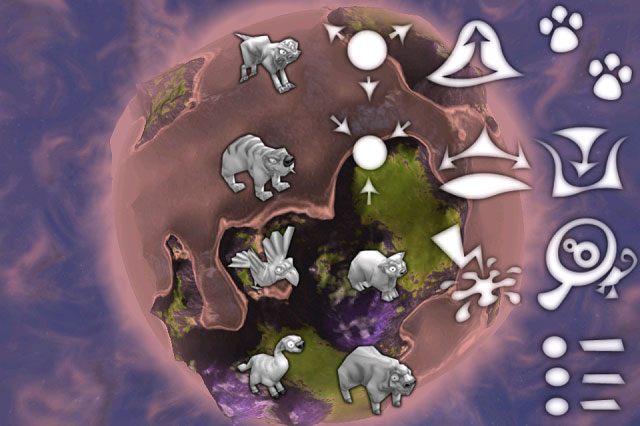 When you are ready to play, it is easiest to select a preset world first. When you feel like you have a hang of it and want to be a bit more adventurous select “My Levels” and select “Edit.” In the “Edit” screen you can increase or decrease the “Seed” level, “Chaos” level, “AntiChaos” level, “Smooths” level and change the time of day. Time of day is self explanatory, but the other options are never explained. You are playing a guessing game until you hit “Generate.” Once you are happy with your world you can save it and play in the sandbox.

My favorite part of Topia is the graphics. Crescent Moon Games did an amazing job on the details, especially the water effects and the various “time of day” sky effects. You can tell the detail between a large snow capped mountain and land covered in sand, and while the animals are cartoon-like, it gets the job done since they are so tiny on your screen.

There is not much sound in the game aside from a music track, which really sets the world-building mood, and some sound effects for the water and land forming. 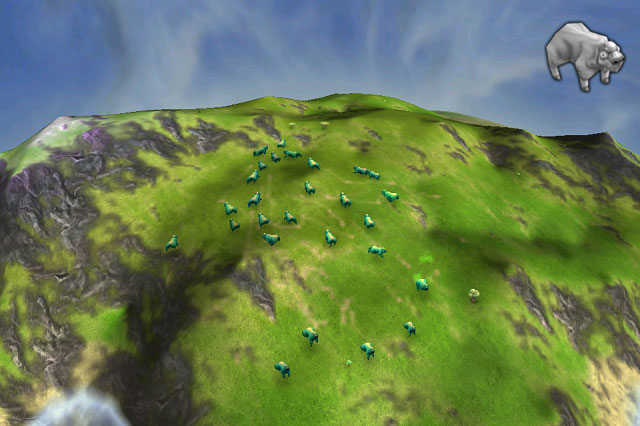 Crescent Moon Games already stated that a future update will include more games modes, challenges and online sharing. The game has a lot of potential. With a few minor fixes and additions, Topia can be a top notch world builder on iOS.