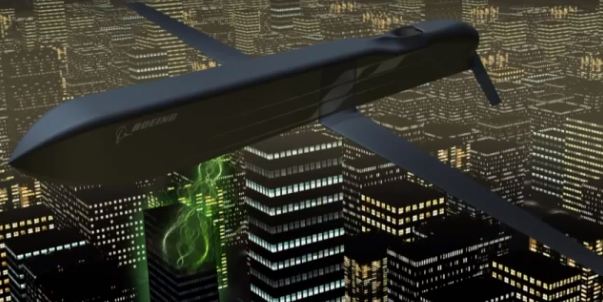 Do you remember in the Matrix movie when the crew was getting chased down by those flying squid-like sentinels? Do you remember how they said their only weapon against their mechanized foes was an EMP, or an electromagnetic pulse? Well, now Boeing has developed a missile with electronic-killing EMP-like capabilities, knocking out computers and electronics as it flies overhead.

The good news is that the microwave pulses being blasted out from the missle are non-lethal, so it’s really just the computers and other electronic equipment that it’s killing. Boeing calls it the CHAMP, which stands for Counter-electronics High-powered Advanced Missile (I’m not really sure where the P fits into that). Considering how everything relies on electricity and electronics, knocking out the defense systems and computers of your enemies can be positively crippling.

“In the near future, this technology may be used to render an enemy’s electronic and data systems useless even before the first troops or aircraft arrive,” said Keith Coleman, program manager on CHAMP for Boeing Phantom Works. In the real world test, the CHAMP was able to not only knock out banks of PCs, but even the cameras that were being used to record the test. “We took out everything, it was fantastic.”