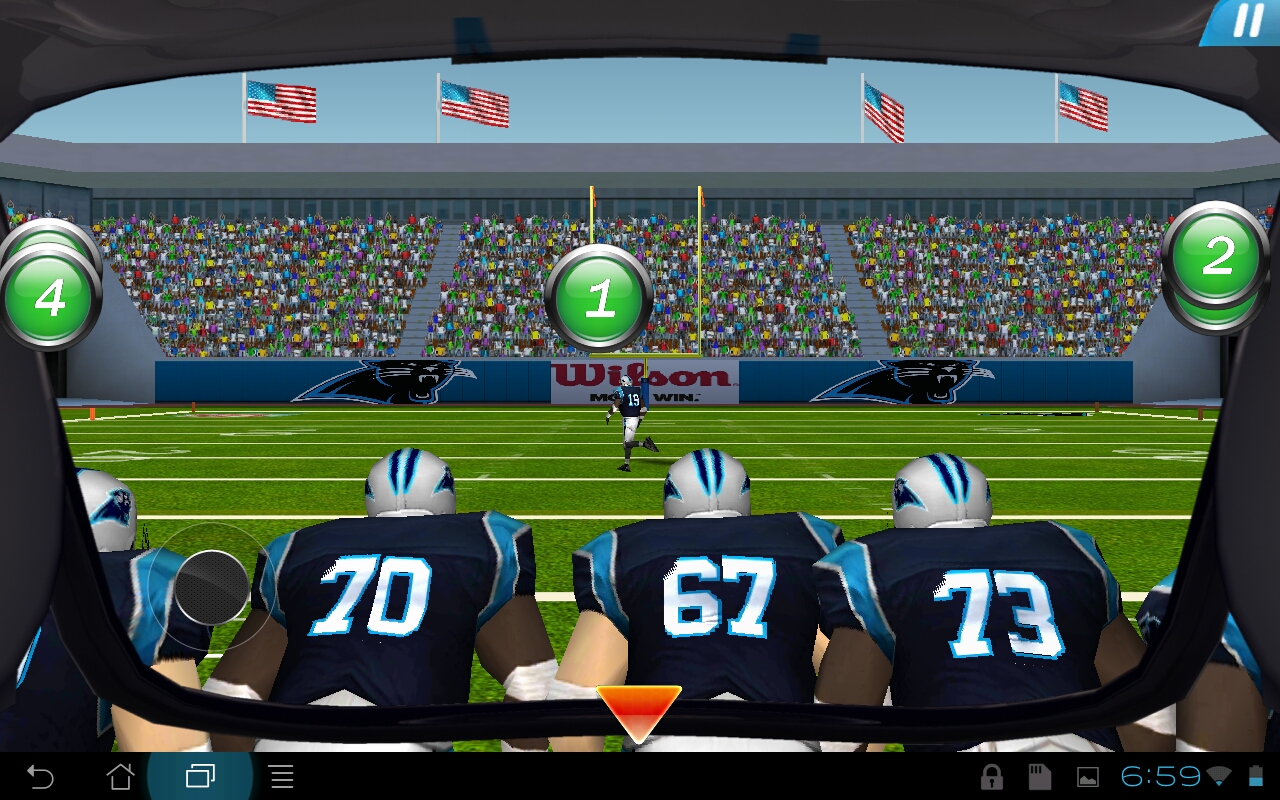 With the growing mobile market, we’ve been in need for a decent mobile football franchise, and Gameloft may have just what we’re looking for.

If you’ve played any of Madden’s games before, you’ll quickly notice the similarities between the console games and NFL Pro, and I was surprised at how similar the game felt to the first Madden game I had played in 2005. The great thing that Madden captured was the simple pick-up-and play gameplay that managed to incorporate useful tools to create your own strategies whilst keeping all the action focused on the player, and Gameloft have managed to emulate this impressively well.

You’ll be able to choose different formations for your team before the start of each play, which can then be adjusted to your liking within 30 seconds before play. It’s easy to choose any formation, and there are even options to auto-pick formations for you, but there are plenty of possible strategies and formations to choose from manually, allowing those with a bit more knowledge on managing football games to play at their best potential. 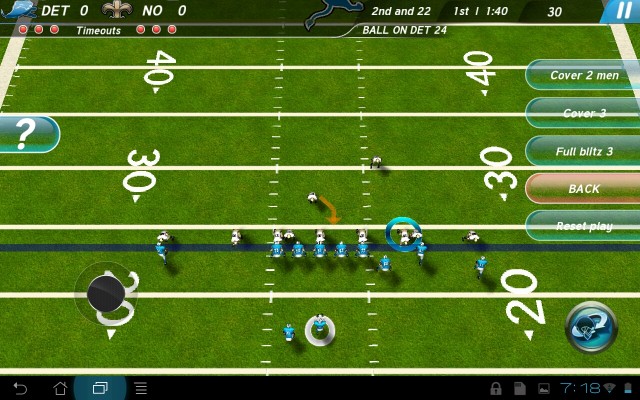 Depending on whether you’re defending or attacking, you’ll have different formations available to use. For those unsure about football tactics, defending may end up being a lot down to luck, as unless you manage to sack the opposing quarterback yourself, there’s little you can do to help your team whilst defending.

When your team has control of the ball, it’s a complete different story. There are plenty of run and throw formations to choose and it’s really easy for new players to find formations best appropriate for their situation.  If you throw the ball, you’ll be taken into a first person view and will then be able to tap numbers on the screen corresponding to different team members on the team. It’s an interesting idea, but it’s often hard to see your other team members past all the others in front of your vision there isn’t any way to change your viewing angle, making it easy to be caught off guard by the opposing team. 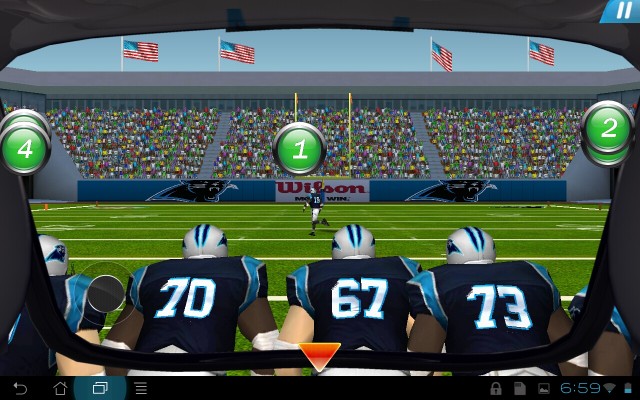 When running with the ball, you’ll have a joystick to control movement of your character, and a sprint, dodge, and block button, which are all extremely useful for getting past opposing players, and timing them correctly will greatly improve your chances of scoring a touchdown.

Downloading NFL Pro 2013 is free, and it’s a mobile game, so we’ve got to accept that some features in the game are going to be hard to get without paying for. NFL Pro 2013 has an interesting leveling system that earns you experience for doing different actions within a match. Your experience will level you up and you’ll be able to unlock more formations. When you first start playing at level 1, the formations available are very basic, and you’ll either have to unlock them all by leveling up, or by paying for them with real cash. There are also separate stats for each one of your team members, and they also follow a similar rule to the overall leveling system. 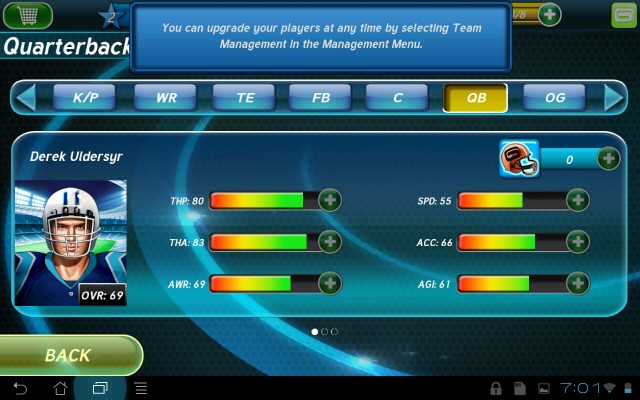 You’ll also be able to access interesting stats within the game menu such as longest distant rushed and total touchdowns. The menus from the title screen also give you other management tools such as an option to change the difficulty level.

Aside from the commentators that often monotonously repeat the same phrases after each play, the sounds in NFL Pro are extremely immersive. All the sounds relating to player movement and other background noises you’d expect in a stadium are very realistic and life-like. The title screen music is also very catchy and is one of those small changes that add to the overall gameplay experience. 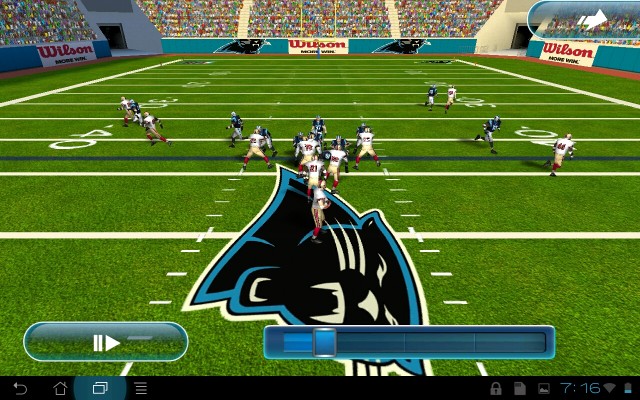 The graphics in NFL Pro 2013 aren’t stunning, but for an Android game they’re very pleasing and in terms of appearance, you could say they out surpass games from the original xbox or PlayStation 2. Some animations in the game are a little clunky, and you’ll sometimes see jumpy transitions between player animations, but other than that, NFL Pro 2013 certainly has a very professional feel to it.

Editor’s Note: Although this review was done on the Android version, the iOS version is very similar.