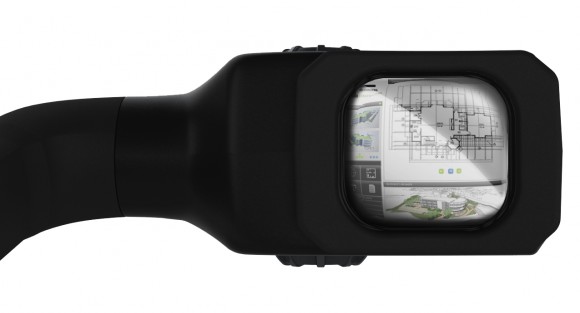 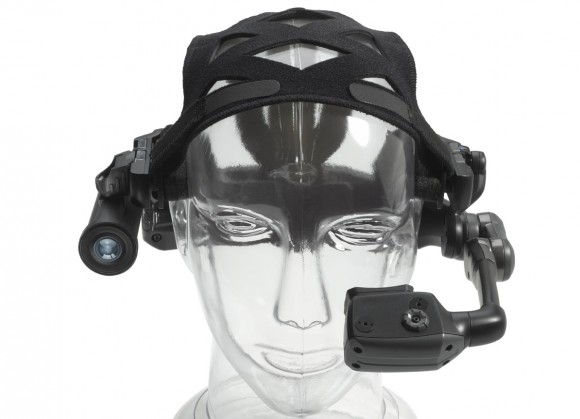 You remember how we saw the unveiling of Google’s Project Glass earlier this year and how it was amazing that we could have a computer that fit into a pair of stylish eyeglasses? Well, it looks like Motorola has beaten Google Glass to the punch with the launch of the Motorola HC1 Headset Computer. This is a wearable computer that runs on Windows.

Yes, this is nowhere near as sleek as the Google Glass concept, but the HC1 is not being targeted at the stylish consumer market. Instead, this is geared more toward industry, military, aerospace, aviation, utilities and other similar commercial applications in the field. And when I said it runs on Windows, you’re not going to get the tiled interface of Windows 8; instead, this is running on Windows CE 6.0 Professional with a custom speech recognition engine.

The display is mounted on a short arm, placing it just in front and just below the user’s eyeline. What you see is equivalent to a virtual 15-inch panel and it runs at a SVGA 800 x 600 resolution. Other key specs include the energy-saving 800MHz OMAP3 dual core processor, WiFi-b/g (no wireless-N? seriously?), Bluetooth 2.1+EDR, USB, and a 9-axis head-tracking accelerometer. There’s also a mountable 2MP webcam on the other side so the user can show what he’s seeing. That’s not unlike the sample video we’ve already seen from the Google Project Glass prototype.

We’ve had wearable displays, like those from Vuzix, for some time already, but it’s another thing altogether to wear a complete computer as a headset. I wish the Motorola HC1 looked more elegant, but I guess this could be well-suited for the Sam Fisher types. Pricing is in the $4,000 to $5,000 range with discounts offered for volume purchases. It should be noted, though, that this is being offered by Motorola Solutions and not the Google-owned Motorola Mobility.