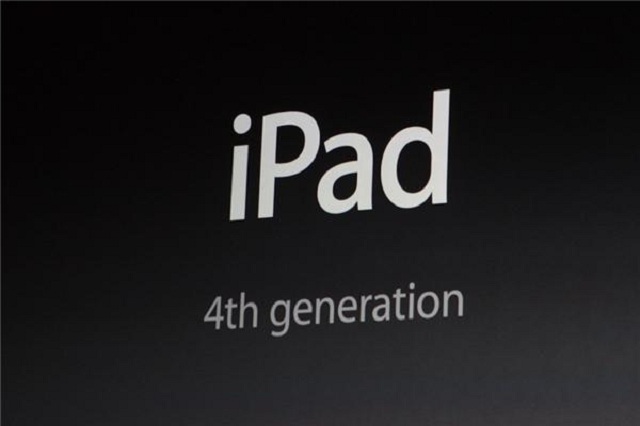 While everyone saw the iPad Mini coming from a million miles away, there was much less talk about the possibility of 4th generation iPad. While the 3rd generation model is just six months old, it also includes a dock connector that Apple is probably trying to get rid of for good.

What do we get with the newest iPad? Double the graphics and processing power, according to Apple, with a new A6X chip. Other improvements include a Facetime HD camera and improved WiFi that is supposedly 2x faster.

While the processor and graphics refresh is nice, this really isn’t nearly as big of a jump as the iPad 2 and iPad 3rd generation are from each other. In case you are wondering, the retina display stays the same in the newest iPad.

The entry-level iPad 4th generation model will start at $499 for 16GB of storage, just like the last model. For those iPad 2 owners that never made the jump, this could be great news. For people who bought a new iPad six months earlier, this announcement might be more than a little irritating.

Is six months way too soon to be refreshing iDevice hardware? What do you think?