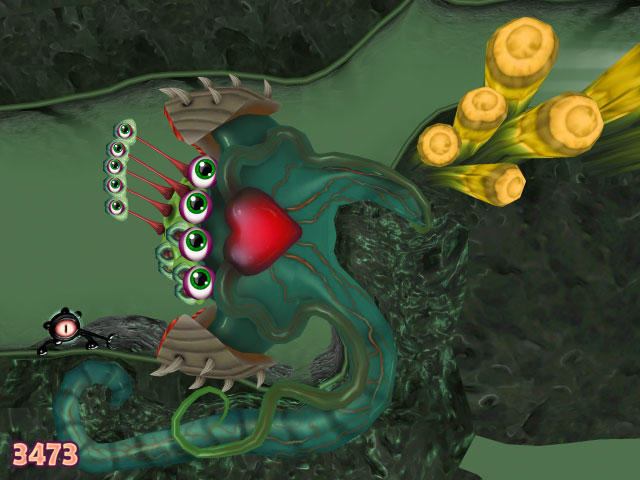 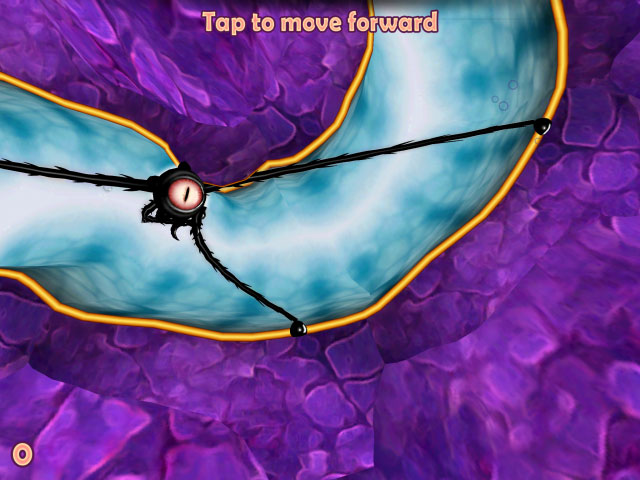 Tentacles: Enter the dolphin is a crazy new platformer with very original controls and a bizarre title.  The game makes about as much sense as the company associated with the development of Tentacles, Microsoft.

You play as a…well, I’m not entirely sure what you play as.  An anomaly of nature, named Lemmy.  Lemmy has three tentacles and a claw used to eat eyeballs.  Lemmy adventures through the body of a professor, after getting there by a crazy accident in the first place. Tentacles, is difficult, very difficult.  The control scheme is one that is very easy to use, but also very hard to master.  You tap the screen once to send out one tentacle to where you tapped, again for the second and once again for the third tentacle.  The movement is very fluid and precise.

There are dozens of death traps just waiting for you to come along as well.  These obstacles are very annoying  and in order to avoid them you must tap in the exact spot you want Lemmy to move to, a centimeter in the wrong direction could mean certain death.  Part of the time I found myself just tapping three times rapidly to send Lemmy flying towards the wall or corridor I was trying to survive. In this aspect, Tentacles can be an extremely frustrating game,  I was already cursing it before I reached level 12.  On the other hand, after level 20 or so, I began to feel pretty comfortable with maneuvering Lemmy through the nightmarish hellscape of the professor’s body. 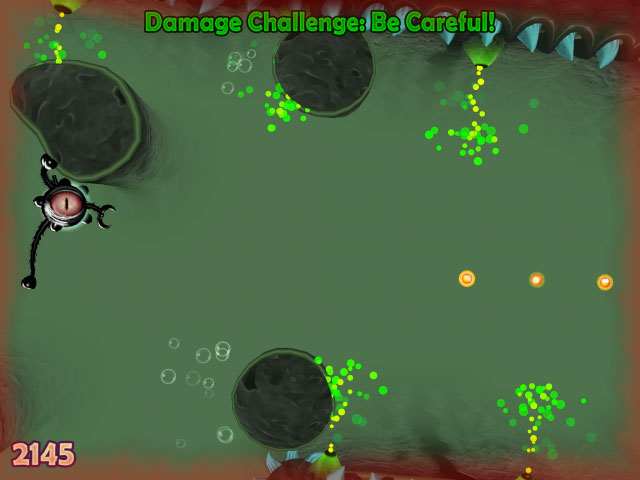 Each level has three objectives, get all the pickups, complete a challenge, and get to the end without dying (yeah right).  The challenge one I find to be the most fun, there are two different types of challenges found in the different areas, speed challenge and damage challenge.  The speed challenge requires you to blast through a section within a time limit, which is tons of fun.  The damage challenge asks you to survive an area without getting hurt even once.  This one is a bit tougher.  Speaking of tough, the bosses in Tentacles are quite difficult as well, they are well designed and made to make you suffer.

As the levels progress, the difficulty does not steepen as much as I anticipated, while this could be considered a good thing, I found that the later levels were actually quite a bit easier than the mid 20 – 30 levels.

The graphics are gorgeous, even if they are gross. The colors are vivid and the backgrounds are very detailed.  If you thought Lemmy was ugly, check out some of the creatures he has to face.  Some of the creatures are just eyes,  in order to defeat them, Lemmy grabs their eye with his claw and eats it.  Some pretty grotesque stuff.

Tentacles is a very enjoyable adventure through a fictional body and well worth the 99 cents. Download Tentacles from iTunes.