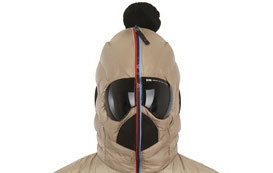 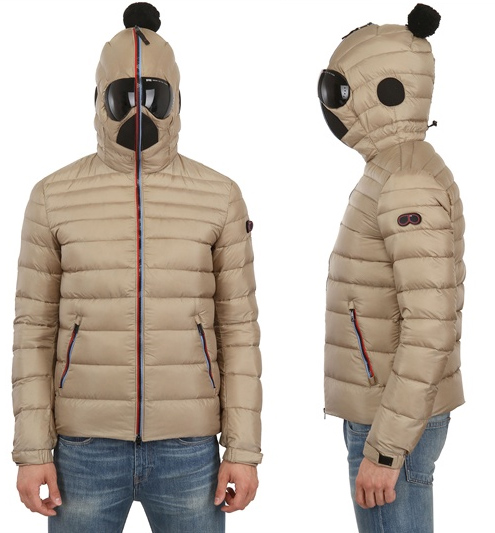 Remember a few years ago when those hoodies by A Bathing Ape were hugely popular? They had zippers that went all the way up to the top of the hood, completely enclosing your head so that you could look like a shark or something? You could almost say that this puffy jacket from Ai Riders On the Storm is borrowing a page from A Bathing Ape, but they’ve added in a fully functional polycarbonate ski mask that’s integrated into the hood.

So, when you decide to hit the slopes this winter, you don’t have to worry about bringing a separate scarf, toque and set of goggles, because they can be built right into this Matt Nylon Hooded Jacket, available through Luisaviaroma and distributed by Comei & Company of Italy. I can see how this could be useful, because your head is completely wrapped up and safe from the elements, but you’ll certainly get more than a few looks, especially with that (thankfully removable) pom-pom on the top of your head. Too bad it doesn’t really look like a Storm Trooper (or even a Clone Trooper). That’d score it some geek cred points. 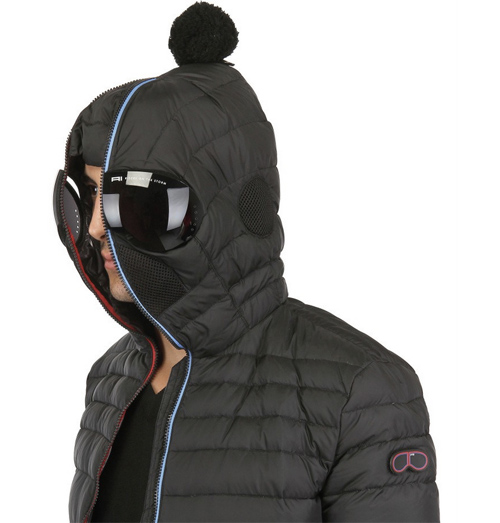 You don’t have worry too much about lack of oxygen either, because there are “air holes” located in the hood, nose and ear areas. I imagine this means that rain and snow could get into the safe confines of the puffy jacket, but it should be pretty minimal. Then again, this is probably more of a fashion statement than being one of the actual best jackets for the slopes. Pick it up for just over $400 on Luisaviaroma.com. 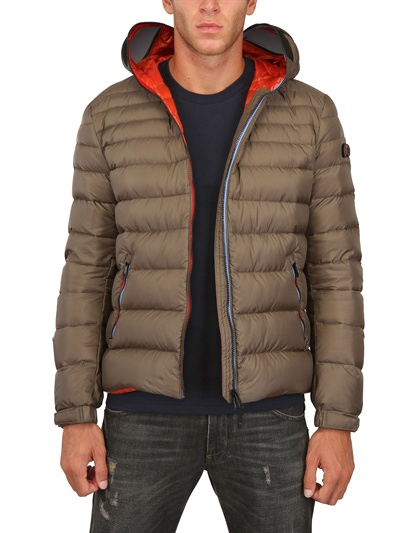