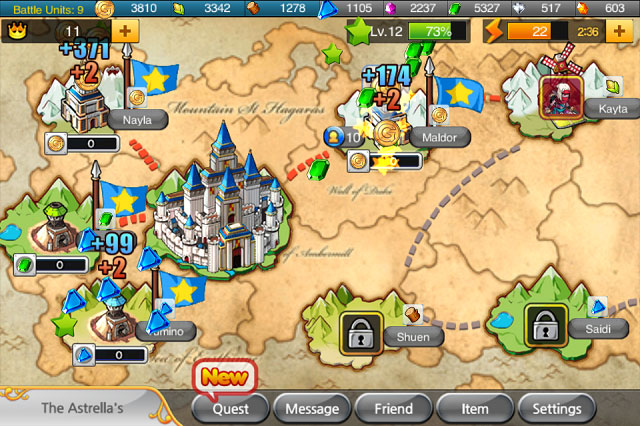 Freemium social games do not sound too attractive, but Kingdom Royale was definitely worth taking a chance on. And surely, I was not disappointed. Kingdom Royale is a medieval era resource and battle game where you can join up with friends or take over other players’ land. The game draws you in immediately and keeps you coming back for more. It is great for casual play if you want to jump in for a few minutes, but you can unlocks its full potential by purchasing the item needed to speed up gameplay.

The basis of Kingdom Royale is to build resources by creating buildings and units, and then upgrade these buildings and units to make your kingdom stronger. After creating enough units with gathered resources, you can then attack outlying kingdoms for more resources. Some of these lands are even held by real players.

When you attack a land, you enter a battle phase where you choose which class of unit you want to battle with; you have a choice of magic, melee or ranged. Each class has strengths and weaknesses versus other classes, so choose wisely. 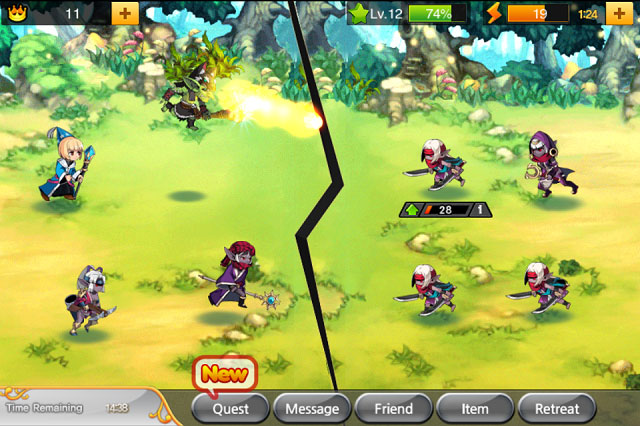 Before you enter battle you can choose to have friends help you by using the Gamevil Online system. This can make the fight much easier. When you encounter a land controlled by a player, also known as a rival, you can invade the land and deploy units and build to protect it from other players.

Everything takes time in the game, the higher the level your buildings and units become, the longer it takes for production of these to complete. If any of your units die in battle, it also takes three hours before they are resurrected. This is where “freemium” comes in. You can purchase “crowns” to instantly resurrect units, instantly build buildings and units and purchase special combat items.

The audio in Kingdom Royale is very good quality. The music changes depending on whether you are in battle or if you are in your kingdom. The graphics of the game are consistent with Japanese RPGs (think Final Fantasy style mages and knights), but the graphics look particularly stunning in high resolution on the iPhone. 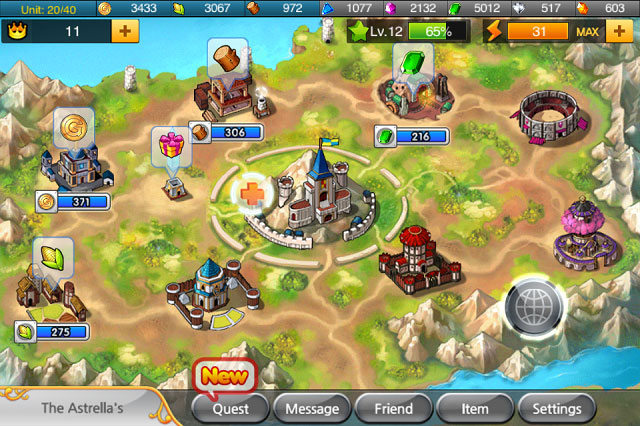 Overall, the gameplay of Kingdom Royale is great, and never once have I felt pressured to buy any “crowns.” The “crowns” obviously help speed up the game, but if you are willing to wait and keep checking on your kingdom throughout the day you can easily play the game fully without using any real money.

Download Kingdom Royale and try it for yourself here.