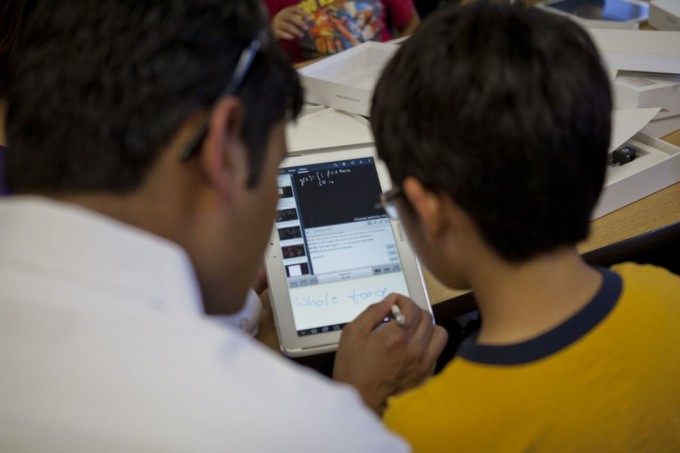 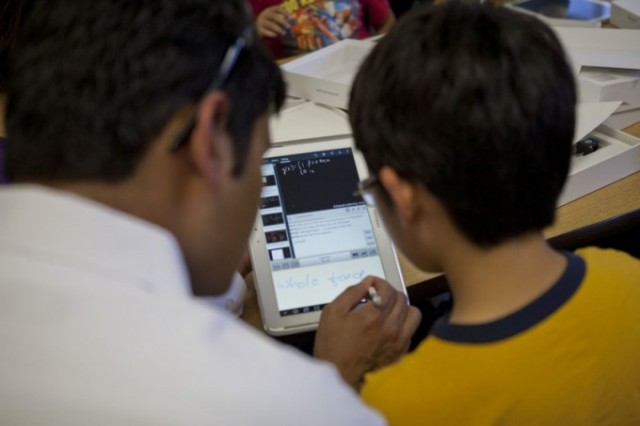 Many school systems across the globe have made switches to tablets and e-readers. Having a digital solution like this means kids don’t have to carry heavy backpacks full of books, which can lead to back issues in the long run. It also can save the educational system money since the e-books are generally cheaper than text copies, of course you also have to pay the huge cost of the tablet/e-reader initially.

In order to bring more tablets into schools, Samsung is now teaming up with Khan Academy. The new partnership will start small with the introduction of the Galaxy Tab 10.1 into a few Californian schools. The program will hopefully expand from there. Which schools? Only three at first: Crittenden Middle School, Stevenson Elementary, and Huff Elementary. Khan Academy has quite a few impressive learning tools and bringing them into the school system is a major step forward.

It is hard to say if and when more school systems will be added to the program. It is important that tablets make their way to schools, even if many of the schools in the US and other progressive countries already have laptops. There is no substitute for an e-reader or tablet when it comes to reading. E-readers or low-to-midrange tablets are also going to cost less for the school systems in the long run. What do you think?