I’ve always turnt away from most touch screen racers. The onscreen controls are often inaccurate, and the accelerometer controls would have to be implemented extremely well before they’d be considered a decent method of control. However, when I first played Asphalt 6 by Gameloft, my perspective changed, and I played the game from head to toe. Will Gameloft’s new free racing game GT Racing: Hyundai Edition be just as good?

Like many other racing games on the market, GT Racing offers a variety of control schemes to pick between. It defaults as brake/accelerate buttons and accelerometer to steer. You can change it in the settings menu though, where you’ll find different methods for changing gears, or steering.

The accelerometer controls are actually quite impressive; they work smoothly and there isn’t much delay between moving your device and the car moving direction. The on-screen steering wheel is a completely different story, however. It’s easy to let go of the control whilst steering, and it feels a lot less responsive to the other control methods, which is really disappointing, as the Asphalt 6 controls were super smooth. 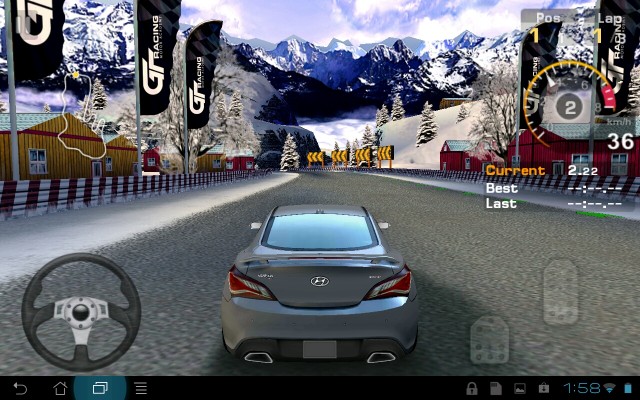 When it comes to content, GT Racing: Hyundai Edition is a little lacking. There are only a couple cars to choose from, and only two different tracks to race on. The game feels a little empty because of this, even though there are plenty of racing missions to be completed, as well as an online multiplayer mode.

If you’ve played the Asphalt games, you’ll notice that GT Racing takes a much more realistic approach to racing, and it’s really important to drive carefully, because one wrongly judged turn could put you in last place. You can also get guidelines to help you turn corners, similar to the guideline system seen in the Forza Motorsport games. There are other options to help ease gameplay, including an automatic breaking system that slows you down at each corner. I think some of the features make it feel too much like the game is playing itself, but if you’re having trouble with the game, that feature is always there to be used. 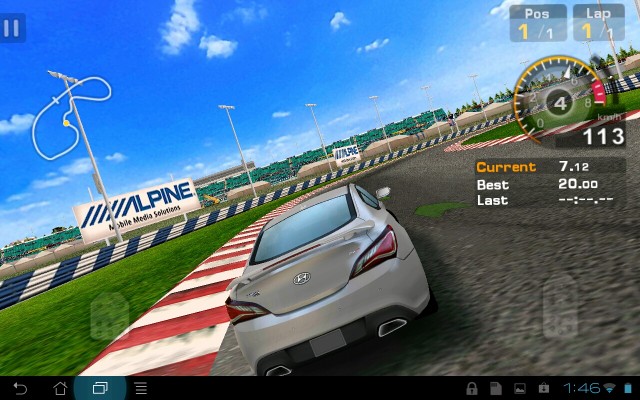 Like the name suggests, the cars within the game will be Hyundai manufactured cars, which wouldn’t be too bad, but because there are so little vehicles in-game, the experience feels a little dulled down and uninspiring because of the similar looking cars.

After you win races you’ll earn money which can be spent on upgrading and changing the appearance of your car however, with different color options and various levels of upgrades for car components such as the engine, tires, and braking system.

It’s not incredibly customizable, but the upgrades in GT Racing give you a reason to keep playing. 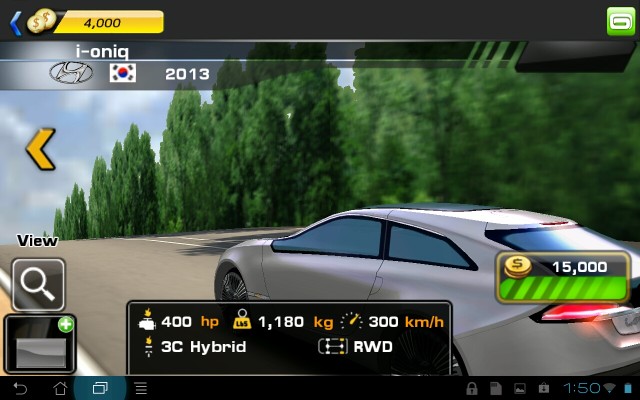 The graphics aren’t of Asphalt 7 standards, but for a free game they are rather pretty. The user interface has been designed well, and engine sounds and background music add immersion to the game. I’ve noticed that the steering animations are a little strange, but for a free game it’s worth ignoring.