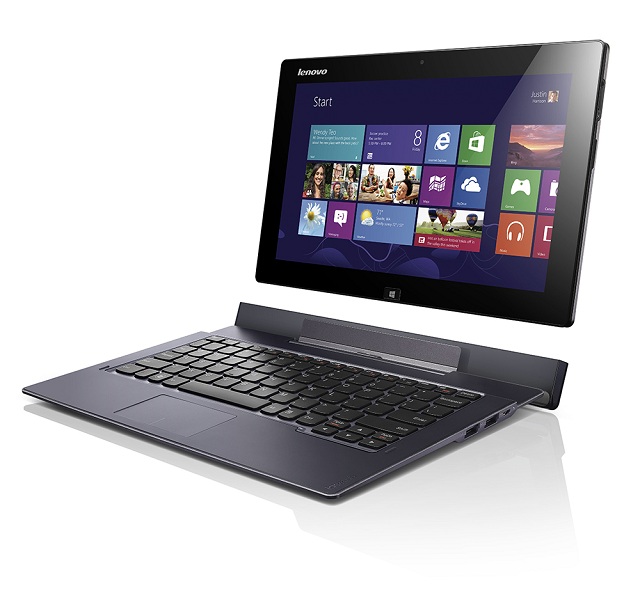 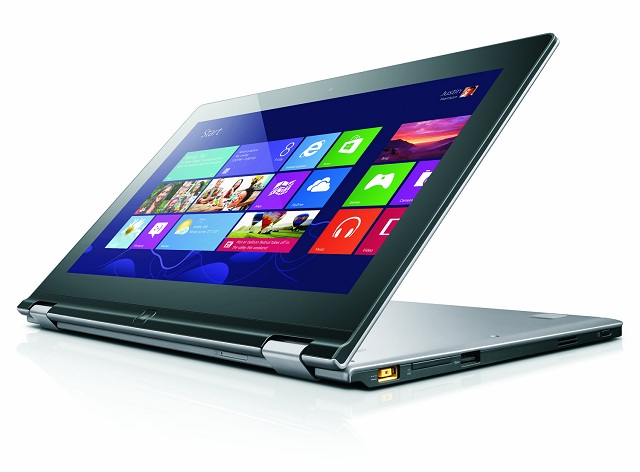 Windows 8 is almost here, and with it comes a flood of new devices. One of the biggest changes with Windows 8 is that it could finally bring hybrid devices to the forefront. Up until now, most Windows hybrids have been decent as traditional desktop devices but have been limited when it comes to their touch abilities and the lack of Window 7 applications that work well with touch.

Lenovo is one of many companies diving headfirst into the convertible market. There are a few different offerings and each of them have their own unique aspects.

The Yoga has a 13-inch form factor and can do a 360-degree flip in order to turn from an Ultrabook to a fully capable tablet. The Yoga 13 will start at $1,099 and features an Intel Core i3, i5 or i7 processor- depending on which price configuration you choose.

The new tablet/ultrabook also has a 1MP HD webacam, HD4000 integrated grahpics, and USB 2.0 and 3.0 ports. This is a lot to ask for a tablet, but the good news is that it a fully capable laptop solution as well.

Want something a bit smaller and thinner? A 11-inch YOGA model also existsa and is just 15.6-mm in thickness. This multi-touch device runs on Windows RT, which is a major distinction. For those that don’t know, this means it is more like a traditional tablet and can only run new Windows 8 apps— it won’t work with existing Windows (XP/Vista/7) applications and drivers.

This model has a an ARM processor, more specifically the NVIDIA Tegra 3 quad-core. It also has 2GB of DDR3 RAM, up to 64GB of storage, built-in 720p HD webcam, USB 2.0 connectivity and optional Bluetooth. The battery is rated at 13 hours. This model starts at $799– which could be considered a lot for a device that is basically just an Android tablet or iPad with a built-in keyboard.

The third offering is a 11.6-inch IPS multitouch tablet doesn’t have a built-in keyboard that rotates, instead it turns into a laptop through a special dock connector. This model features a dual core ATOM processor at 1.8GHz, 2GB of RAM and up to 64GB SSD storage. There is also microSD, microUSB and microHDMI. The tablet itselft is more expensive than the iPad at $599- without keyboard.

Considering you get a similarly spec’d device that also has Windows legacy application support, it may or may not be worth it for you. Want the keyboard dock? It will cost $149.

The time for hybrid domination might finally be drawing near. What do you think of Lenovo’s offerings? Worthwhile or not?
Via: Lenovo