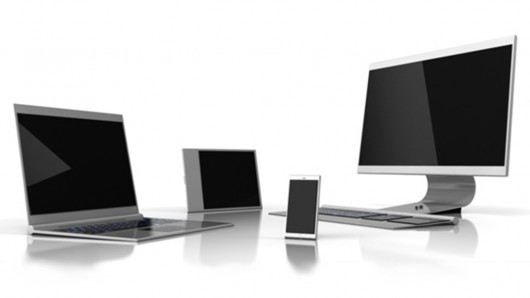 While devices like the TransPhone and PadFone 2 attempt to simplify our lives by creating a smartphone that can transform into a tablet with a special dock, why stop there? A new Indiegogo project is dreaming far beyond this, transforming instead into a full desktop all-in-one, a laptop, a tablet and – of course – an ordinary smartphone.

The NexPhone uses essentially is an Android smartphone and tablet, but it becomes much more when combined with the NexLaptop or NexMonitor. Using these larger displays, it activates Ubuntu for Android and becomes a full-screen PC running the Ubuntu OS.

While this is an interesting idea, I’m not sure how practical it really is. According to the estimates for NexPhone products – if and when they get beyond the concept stage – the following prices will be in place:

The total investment of $1046 might be cheaper than buying all these devices separately, but keep in mind that the PC and laptop you get with this solution will run an ARM processor and we have no idea how quick it will be. Many modern desktops have 6-8GB of RAM packed in and dual/quad processors. Something tells me that this doesn’t.

Nonetheless, I like the idea and think this is worth at least looking out for. What do you think?