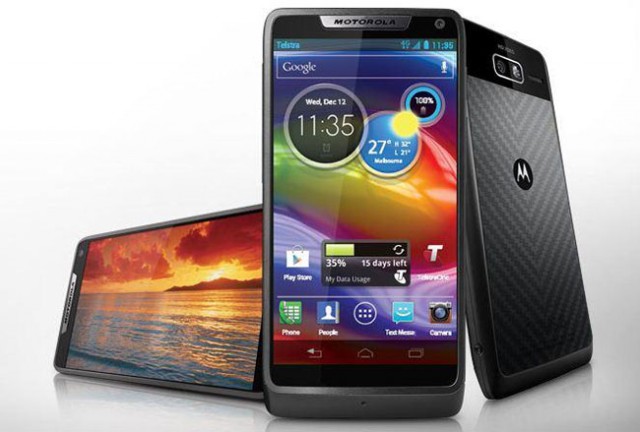 The Motorola Droid RAZR M might not be the “top offering” from Motorola, but it is a decent-sized phone with an attractive design that is certainly worth checking out. For those of you looking for a phone that isn’t a pushover but still manages a screen that isn’t larger than the state of Texas, you’ll probably like what Motorola has to offer in this affordable package that features a 4.3-inch screen size.

Let’s dive right in and check out the RAZR M.

We will start by checking out the brief video that shows off the look, feel and some of my initial impressions about the device.

The Razr M falls somewhere between sexy and practical. The design isn’t too flashy, but it is far from boring. The 4.3-inch screen size is really impressive when you stop to really look at how thin, light and compact the body on this phone is. 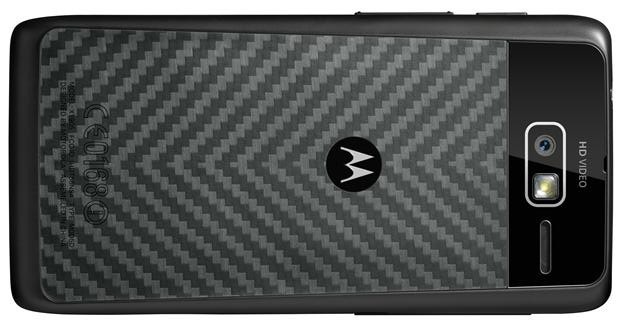 Only 8.3mm thick, which isn’t bad at all. This phone is also really comfortable in your hands. A video or written review can’t do justice on this point. It might not scream “touch me” like devices such as the S3 and iPhone 5 do, but once it is in your hands– you won’t want to let it go. It isn’t as awkward to hold as many devices and it really feels solid, strong and well-built.

For a more detailed look at the sides and angles of the phone, we have a few pictures above or you can simply check out the video.

The Droid RAZR M is more than capable when it comes to specs. It’s 1.5GHz dual-core Snapdragon S4 won’t blow you away in a benchmark test, but it real-life use it is extremely capable. This is the same processor found in the flagship Samsung Galaxy S3, by the way. It also has 1GB of RAM, a 540 x 960 pixel display, 8GB of internal storage, 2000 mAh battery, an 8MP rear cam and a .3 front cam.

I used the Droid RAZR M for several calls and found the call quality great, no fuzziness or distortion at all. This includes its speakerphone as well.

While I didn’t get 4G LTE from home, I didn’t have to travel more than 20 minutes to get it and found it quite snappy offering about 6-12 mbps for downloads.

Best of all, I love the battery in this thing. While Motorola claims 20 hours of talk time, I found that I was able to use this with moderate use for about two days, so that’s certainly not bad. My current smartphone requires charging every single day or it is totally dead— so this was a nice change.

Android 4.0 ICS is running on the RAZR M, so no Jelly Bean here. Considering Google and Motorola’s close relationship, I find that a bit odd. Still, 4.1 is supposedly on its way in the future. For now, you get a near-clean version of Android 4.0 that includes a custom lock-screen, a dock and a few other small changes.

The software is very responsive and capable. The on-screen navigation keys were also great and worked as expected. I have yet to have a smartphone that didn’t have some kind of capacitive or physical button, but I really like the feel and function on the RAZR M and I’m totally sold on the idea of nothing but a screen on the front of a smartphone.

If you HATE customized UI experiences, you should be fine with what Motorola did. They didn’t modify much, and what they did change makes sense. As someone who hates resource-hogging shells, I didn’t have a problem with the RAZR M at all. 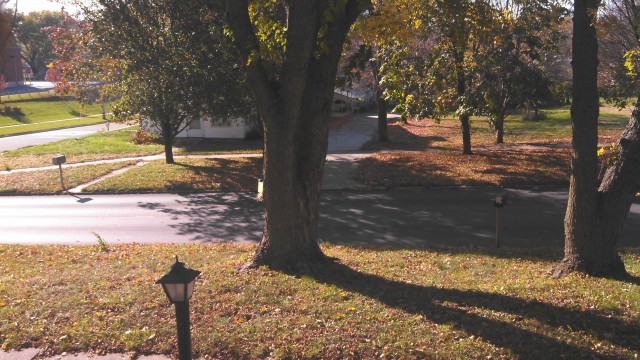 How did the camera fare? A picture says more than anything I can write. The picture above is crisp and clear. Perfect? No, but not bad at all. Still, if you really LOVE photos, you will probably prefer shooters found in competitors like Samsung, Apple or HTC.

If you take a few pictures now and again but don’t need “the best”, this will suite your needs without a problem. Also, the video taking abilities aren’t half bad either.

Let’s face it, the Droid RAZR M isn’t a powerhouse, especially when compared to the DROID RAZR HD and HD MAXX. It’s camera isn’t the best and it might not compare to devices like the iPhone 5 when it comes to raw power. What you do get is a great everyday performer that feels great in your hands. There isn’t much bloatware and you get a near-stock version of Android 4.0. You also get microSD for expansion, features like NFC and a reasonably good battery life.

Probably the most impressive part about the Motorola Droid RAZR M is the price tag. While it might not be perfect, I’d honestly expect this to cost at least $150 with a two-year commitment. Nope, it’s just $49 on Verizon Wireless. This handles almost every game and program you’d throw at it and it looks and feels great.

You get a mid-range device at a near-budget price. In short, this is a steal. Camera lovers, won’t like it. Those that want giant screens might find it small. On the other hand, if you like the idea of edge-to-edge screens and a small-yet-sexy design, you are likely going to walk away impressed.