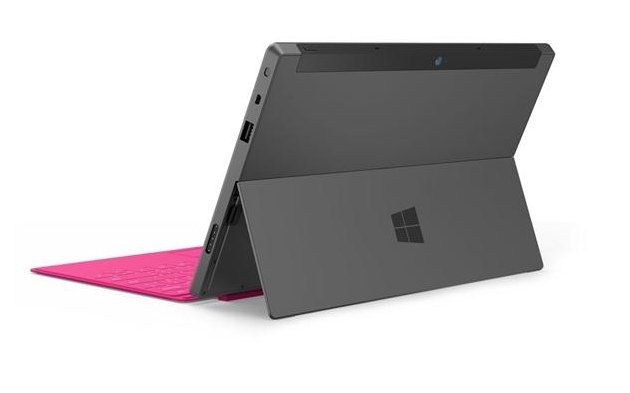 Ahead of their October 26th launch event, Microsoft has now released its Surface RT tablet for pre-ordering. This means we finally have pricing information. Those who were crossing their fingers about the rumors of a $200 starting price for the Surface might be more than a little disappointed.

The entry-level Surface RT tablet will run you $499, and no that doesn’t include a Touch Cover. The good news is that this is the same price as the iPad and yet you get double the storage space with 32GB. The bad news is that Windows RT/8 apps are only at about 4,000-5000 right now, quite a bit behind the 500,000+ for iOS and Android. Other variants include a $599 32GB model that includes a black touch cover, or $699 for the 64GB model. As for the Windows 8 Pro-based Surface? It won’t launch until sometime early next year. Why wait until after the holiday season? Only Microsoft knows for sure.

So what kind of specs do we get with the RT-based Surface? An Nvidia T30 processor, 2GB of RAM, front and rear 720p cameras, full USB 2.0, Bluetooth 4.0, microSDXC support and a bundle that includes Microsoft Office Home and Student 2013 RT Preview with a free upgrade to the full version when it arrives.

Why get a Surface over an iPad? While it will really depend upon your own preference, there are reasons why this might be more up your alley. Some of the key differences are the inclusion of Office, the 32GB of starting storage space, the USB port and even the ability to expand to even more storage with micro-SDXC.

What do you think, interested or do you think Microsoft is pricing these tablets too high?

You can check out the tablet for yourself via Microsoft’s website.