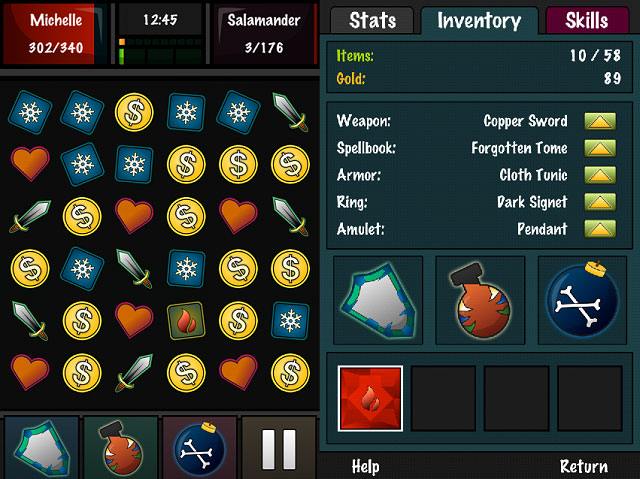 Dungeon Story combines addictive match three puzzle game and the “carrot on a stick” style dungeon crawler with character progression. With these game types combined, it is very hard to put this game down. Even with its few faults, Pantazis Deligiannis Games seems to be on top of it and listening to what the gamers want in Dungeon Story.

The game starts with one dungeon and one hero. The game has a small tutorial before you begin, but it contains everything you need to know. You quickly learn that you can unlock new heroes at certain levels and unlock new dungeons once you complete the dungeon quest, which requires you to play through the dungeon until you find a specific item. As of now, you can unlock nine playable heroes, each with their own strengths, and five dungeons.

Hero progression plays a large part of the game. When you are not in a dungeon you have the opportunity to increase your hero’s stats which will make him stronger against the new, powerful enemies you will encounter.

The controls of Dungeon Story are straightforward. Tap a special ability when you need it, and touch and drag your finger across the items you want to match on the puzzle board.

Dungeon Story also has an online “Arena” mode using the iPhone Game Center, which unfortunately I could not play. Every time I attempted to play online, a match could not be found. Perhaps something can be done to make online play more attractive to the players of Dungeon Story.

Most of the time I found myself turning off the sound to the game. I could not listen to the monster sounds every time they attacked, and there is no music while you are in a dungeon. The music that plays while you are in the menus is fitting for the theme of the game, however.

It would also be nice to visualize the heroes and monsters. If cartoon characters of a wizard, knight, adventurer, etc could be put into the game, that would immerse the player even more. 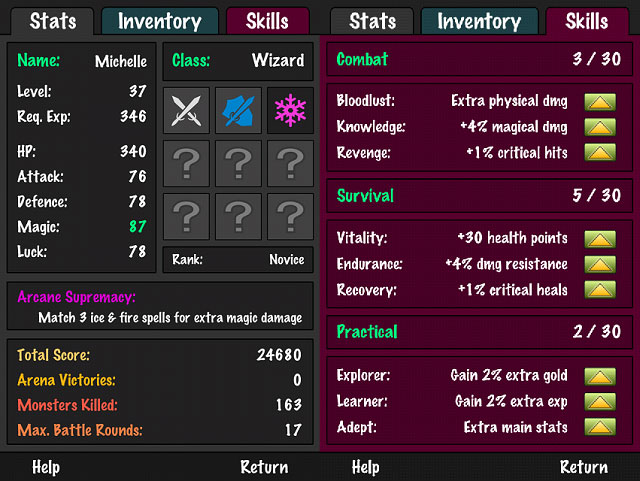 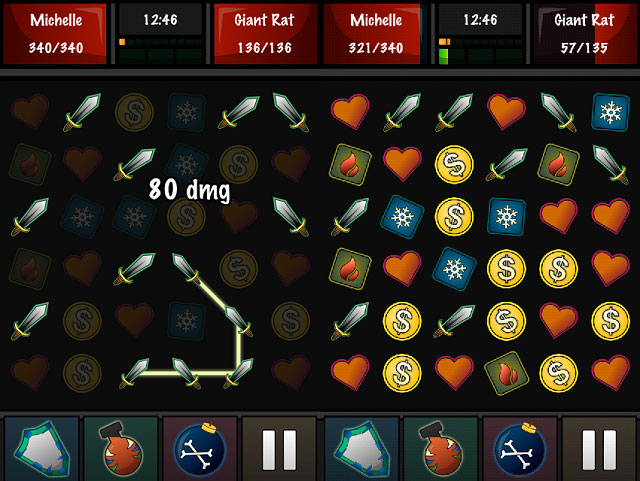 Overall, the Dungeon Story is very fun regardless of the few flaws. Pantazis Deligiannis Games is already planning its next update to the game which includes updated fonts, new battle strategies, a new dungeon, and new quests and rewards. As long as they continue to listen to fans and provide updates, Dungeon Story will remain one of my favorite iOS games.