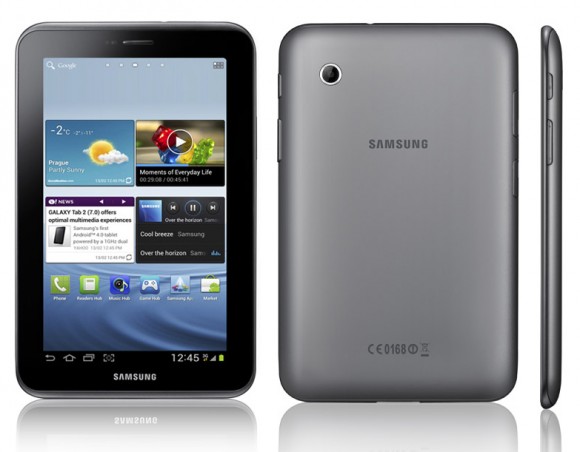 Are you in the market for a new Android tablet and want to find the best deal possible? The 7-inch version of the Samsung Galaxy Tab 2 just happens to be on sale for $50 off, bringing the price down to a mere $199.00.

The Samsung Galaxy Tab 2 comes with a 7-inch multitouch display (1024 x 600) and is powered by Android 4.0 Ice Cream Sandwich out of the box. You get 8GB of internal storage, but unlike the Google Nexus 7 (which sells for the same price), the Galaxy Tab 2 has a microSD expansion slot for up to 32GB of additional storage.

Also, while the Nexus 7 only has a front-facing camera, the Galaxy Tab 2 has a 3-megapixel rear-facing camera too. Rounding out the specs are the 1GHz dual core processor and 1GB of RAM. Samsung is also throwing in a free one-year subscription to Dropbox with 50GB of cloud storage. Yes, the Google Nexus 7 is hugely popular and for good reason, but the Galaxy Tab 2 7.0 offers several advantages too. It’s no slouch for sure.