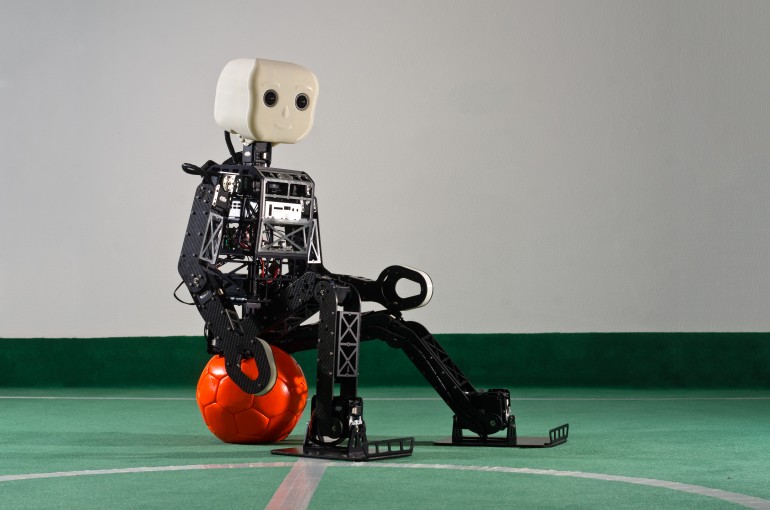 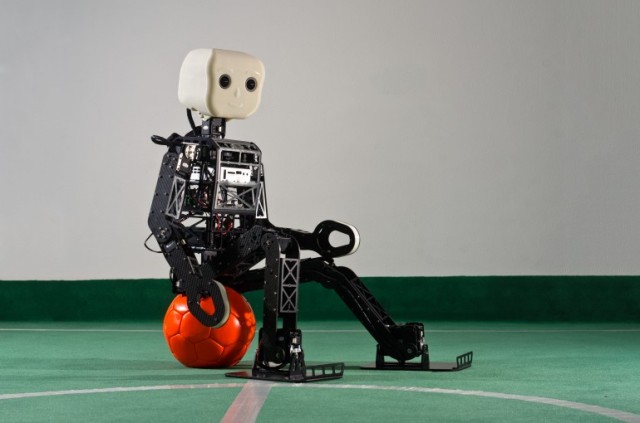 “By mid-21st century, a team of fully autonomous humanoid robot soccer players shall win the soccer game, comply with the official rule of the FIFA, against the winner of the most recent World Cup.”

That’s a big goal to achieve, but those behind Robocup want to work towards that goal. And their objective involves helping hundreds of young scientists every year by challenging them to create the best robot they can.

However, building robots is no easy task, and for new, young people trying to break into the science world, it can be harsh without a decent budget or years of experience under their belt. But for those without these qualities, a new open-source hardware platform designed by Team NimbRo from University of Bonn hopes to fill the gap for anyone willing to learn who has the passion for the subject.

The hardware platform allows users to create a robot to be qualified in the TeenSize category, which judges the performance of robots three to four feet tall.

Led by Professor Sven Behnke, the NimbRo robot provides opportunities for new scientists to compete in the TeenSize challenge, and with several years of winning the challenge themselves, as well as the Louis Vuitton Humanoid Cup for “Best Humanoid” this year, anyone can see why their NimbRo project could be a great success.

The NimbRo-OP, which can be seen in action below, has a weight of 6.6kg, and stands three feet tall. Powering the robot is an AMD E-450 processor, two gigs of RAM, and a 64 gig solid state drive.

At the moment, it’s starting to sound like a walking computer, but it’s the linux-based software and the way that the hardware has been composed that makes all the difference. The software is based on a few other software packages, including the popular DARwIn-OP, a KidSize platform developed by Virginia Tech’s Team DARwIn.

The NimbRo-OP can be purchased for approximately $26,000. It’s a hefty price point, but with a fully tested robot like NimbRo-OP, teams will be able to adjust the robot to their needs and program it without having to spend hundreds of hours of their own time prototyping and researching their own robot hardware.

With more options like the NimbRo-OP to allow wider access to events like RoboCup, more budding scientists and programmers will have the ability to prove their worth and maybe find their career in paving the way for an-all robot football team for FIFA 2050.

Watch the NimbRo-OP below, laugh now, because later, robots may be laughing at us.