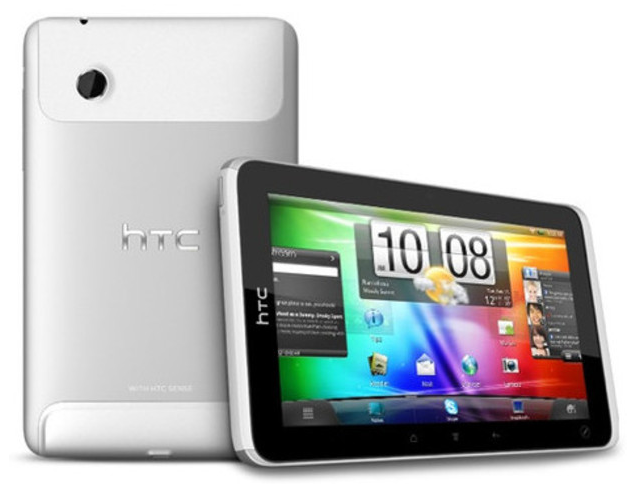 Are you an HTC tablet fan? While I doubt many readers are frantically shaking their head “YES”, there are probably a few fans out there. Unfortunately, HTC not only has had several fiscal problems holding them back, but they also have had problems breaking into the tablet market. With bigger plays like Apple, Samsung, Google/Asus and Amazon– it isn’t that surprising to hear that they are stopping the sale of tablets in the U.S. for now.

HTC’s Jeff Gordon says that they are watching the tablet market very closely and aren’t closing the door on it for good. They are merely withdrawing their current offerings and have absolutely no future plans in the US market right now.

They did say that they are pulling away from Android tablets in the US, so it is humanly possible that they might instead be repositioning themselves for a launch into the world of Windows 8 touch devices. Keep in mind that statement is purely speculative.

Do you live in the US and own a HTC tablet? Does the move bother you? The good news is that it seems more and more likely that HTC will be releasing a 5-inch phablet sometime in the future. So even if you can’t can a full tablet experience, you might be able to meet HTC somewhere in the middle.