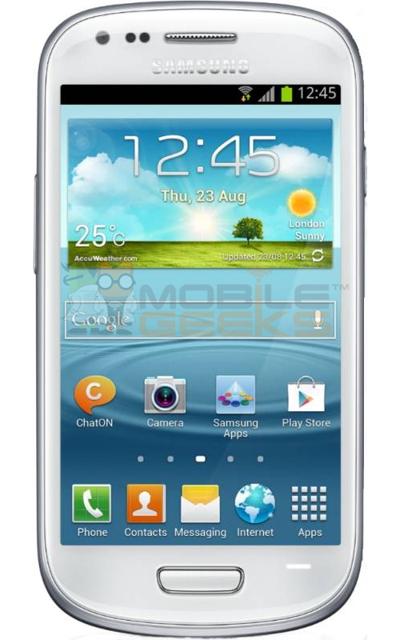 Samsung has now officially confirmed that a smaller version of the Galaxy S3 is on its way with a reveal tomorrow. Besides confirmation of a 4-inch display, we really don’t know much about the Samsung Galaxy S3 Mini, though. That being said, we now have what is supposedly a leaked official image of the device from Mobile Geeks— they have the specs, too. Keep in mind that this is all just rumor and speculation for the moment.

This basically means this isn’t a high-end device, but it is quite a distance away from being considering low end as well. For those coming from 4-inch smartphones like the iPhone, this could certainly be the perfect size. What do you think, would you consider the 4-inch Samsung Galaxy S3 Mini or are the specs not as good as you would like?