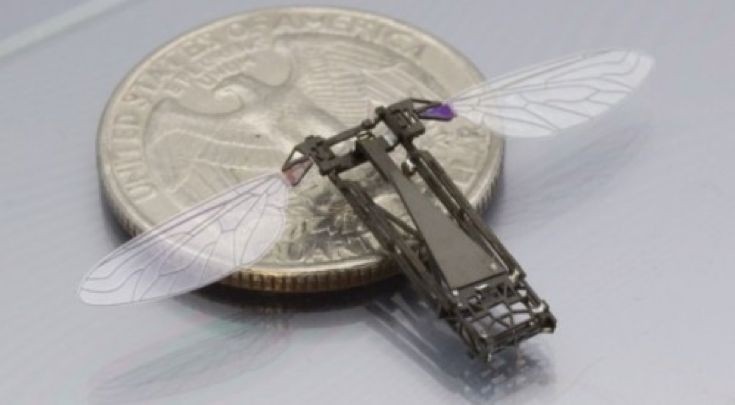 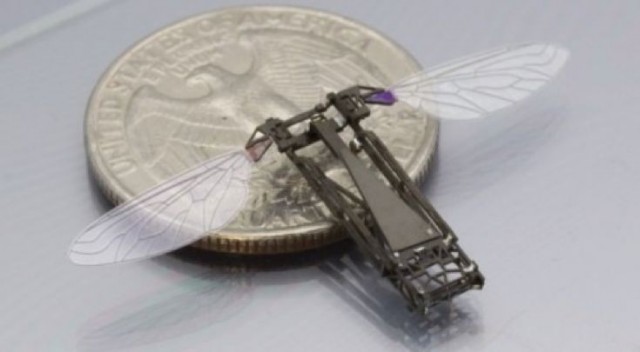 Researchers at Harvard are working hard to advance one step closer towards finishing a development project involving a micro air vehicle named the Robobee. The robot, that is smaller than a coin, was already able to lift off using its own power source, but now it has added functionalities to help control its flight.

The researchers have added two control mechanisms beneath its wings, allowing programmers to make the Robobee pitch and roll.

Still, with the improved mechanics, the Robobee is incapable of proper flight, and is currently crashing with each attempt. The developers of the project are now working on a third controller, a yaw actuator that along with the pitch and roll controls will allow the robot to hover, and successfully fly. 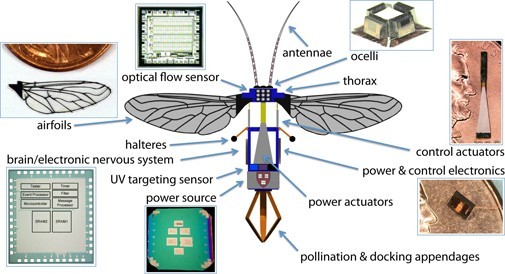 It seems Harvard aren’t the only ones looking further into micro-robotic flight, as information from the combined Green Brain project emerges from Universities of Sussex and Sheffield in the United Kingdom. The Green Brain project was founded to build a working replica of a bee’s brain by mimicking the complicated neural sensors and connections that are processed by bees whilst working.

“Because the honey bee brain is smaller and more accessible than any vertebrate brain, we hope to eventually be able to produce an accurate and complete model that we can test within a flying robot,” states Dr James Marshall, part of the Green Brain project, and a computer scientist at the University of Sheffield.

However, even with the two projects underway, it’d be unlikely we would see the projects working together for a long time, as there is still a lot of work to be done from both sides.

If both projects were to be successful, the robots could be applied in many circumstances in the future such as building robotic honey farms by programming the Robobees to perform pollination.