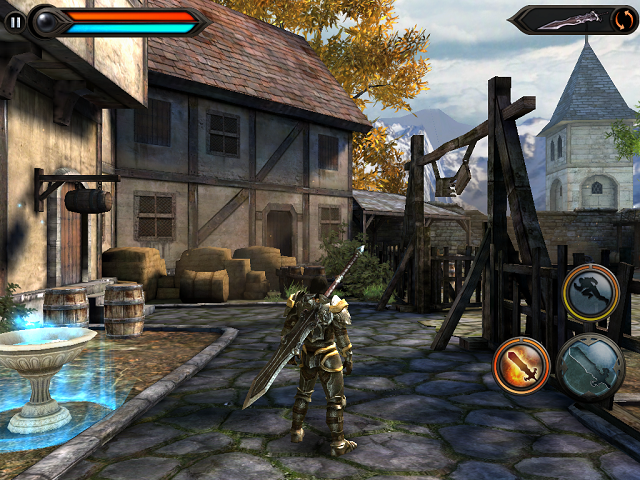 Not long ago we took a look at Wild Blood, back when it launched for iOS. At the time, we knew it was coming to Android but we didn’t have an official date. The wait is now over. For those that don’t know, this game is the first Gameloft title to make use of the Unreal Engine and features stunning graphics.

While many games with high-end graphics on Android and iOS have been reduced to using rail-based mechanics – such as the popular iOS game, Infinity Blade – Wild Blood uses a very linear style but still has controls that let your character move around freely. The fighting is a bit repetitive, but the game looks great and is one of the only Gameloft titles that is based on an original story, kind of.

The game technically deals with Lancelot and King Arthur, but it does so in a very unconventional fantasy setting where Lancelot was cheating with Arthur’s wife and Arthur went insane and uber-evil as a result.

If you don’t mind a game that has a less-than-stellar storyline and mechanics that are fun but not the slightest bit original, you’ll enjoy this title. I personally had the privilege of testing the game out and liked it, even if I wasn’t blown away.
The game is available now through Google Play for $6.99. If you aren’t sure if this game is right for you or not, check out our review. While it was made using the iOS version, everything should pretty much be the same other than the platform it is running on.