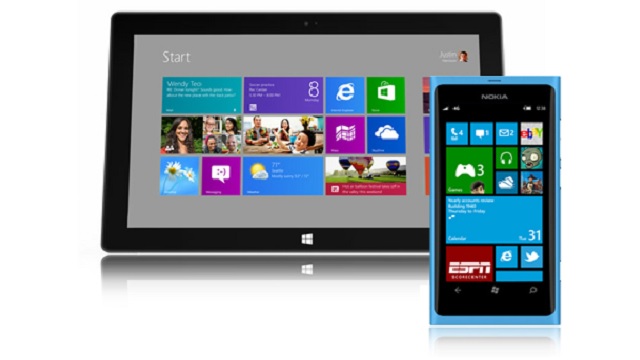 Microsoft’s mobile invasion is almost here. The Redmond company has officially released invitations to their Windows 8 and Windows Phone 8 media events. The Windows 8 event will take place on October 25th and will show off the final version of Windows 8, while also likely giving us the final missing information for the Surface tablet. That should include pricing, which has remained a mystery long enough.

The Windows Phone 8 event will not be the same day, however. The company is instead reserving its WP8 related news for a little later. This event will focus on the Nokia Lumia 920 and other WP8 offerings.

Microsoft has yet to make any real mark in the tablet and smartphone world, will their latest efforts be any different? It’s really hard to say. They certainly has pulled out all the stops this time. Gone is the Windows CE core from Windows Phone– instead it shares a lot of the same code that Windows 8 has (NT technology). Windows 8 also introduces a brand new UI that looks pretty much like what we’ve seen in Windows Phone.

Why make these changes?The world is changing and the PC isn’t as important as it used to be. Microsoft understands this and is attempting to adapt and survive. In order continue to be relevant, MS needs to show users that it can compete in a changing world.

A big part of their strategy going forward is to make the Microsoft experience seem familiar no matter what device you are using: a phone, a tablet, desktops/laptops and even the Xbox. It still remains unseen whether anyone wants this kind of universal structure, though.

Are you excited about Windows 8 and WP8?