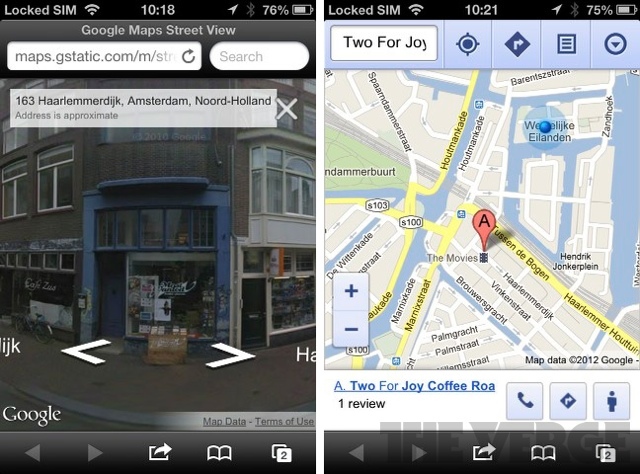 With Apple Maps not delivering the quality experience that some had hoped, many users have turned to alternative map solutions, including the Google Maps web app. In many ways the web app is actually better than the original Google Maps for iOS that Apple dropped in iOS 6.

While Google Apps for iOS never had the beefy features of its Android brother – such as turn-by-turn navigation and voice assistance – the web app offers quite a few unique features. One of the newest additions to the web app is Google’s popular Street View.

While using a web app might not be the ideal solution for Apple users, it is certainly better than the alternative: sticking with Apple Maps. Is Apple’s new map system that bad? It certainly has it’s problems, to put it nicely. Will it improve? Of course it will, in time.

Last week Apple’s CEO Tim Cook openly apologized for the issues plaguing the map service, and even suggested alternatives in the meantime until Apple is able to get its maps program up to par with the competition.

If you really don’t like using a web app, it’s worth noting that Google is working hard on a native app for iOS 6. When it will arrive remains unseen. It’s also hard to say if Apple will approve it or not. Do you have iOS 6? What do you think of Apple Maps? As bad as the media is making them out to be, or not?