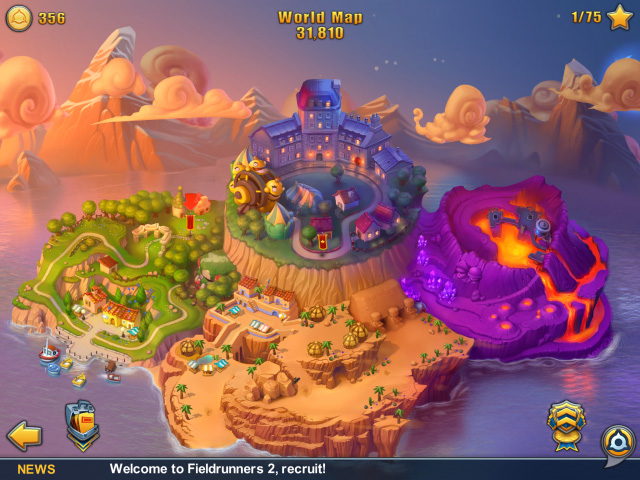 Fieldrunners 2 is leagues ahead of other tower defense games currently out, and is even better than the previous Fieldrunners game.  More towers, more enemies, more levels, better graphics and even more achievements.  Everything the original did fantastically, the sequel does even better.  The amount of content here is fantastic. 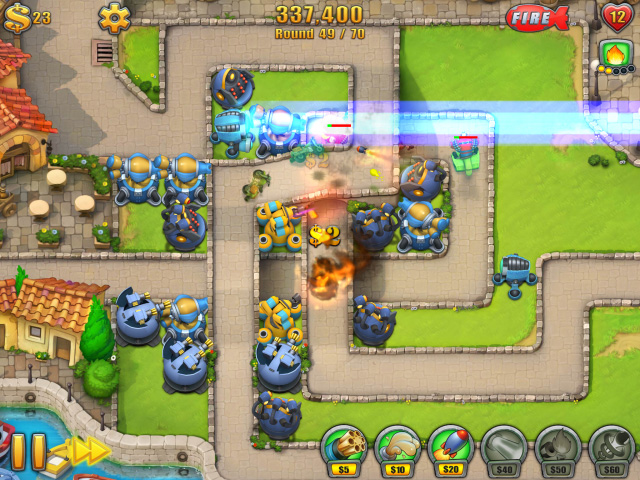 Fieldrunners plays like most tower defense games.  Waves of runners come and you build towers to destroy them. Many levels are completely open,  where the player must build the path the runners follow out of towers.  Putting towers to block a path and using the set up to give certain towers various advantages.  There are a multitude of towers included, each with 2 upgrades.  There are different towers and many of them are unlocked by beating enough levels.

Each level, the player is allowed to take 6 different towers with them into battle.    Every tower has its own unique uses, Tesla towers take out big fieldrunners, pyro towers are made for crowd control.  There are different types of slowing towers,  missile towers, and machine gun towers.  Towers that poison, towers that do splash damage and towers that shoot in four directions too.

There are a huge array of Fieldrunners as well.  Fieldrunners in cars, tanks, planes, blimps and everything in between.  Every field runner can be dealt with differently which adds to the strategic element of the game.  Fieldrunners in fast planes have to be slowed to be killed or else they will zip right through a player’s defenses. 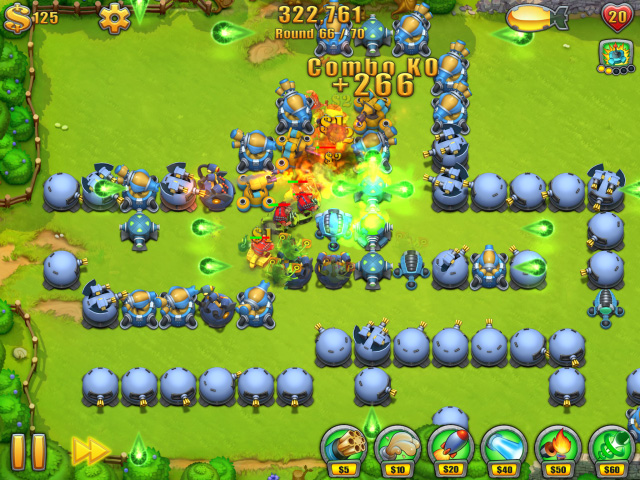 Every level is completely different from the last. There are multiple game modes, Survival mode is just a standard tower defense where the player has a set amount of life and one is taken down each time a runner passes through.  Time trial is a mode where the player cannot die,  there is an allotted amount of time and the player must take out a certain number of runners before time is up. Puzzle mode has the player try to force the runners to go through laser gates.

This is done by placing towers strategically on the board in order to force the runner to go around the towers and into the gates. There is an endless mode and lastly a Sudden death mode,  the player has 3 life and there are hundreds of runners that come on like a storm.  The goal is to kill a certain number of them before you die. 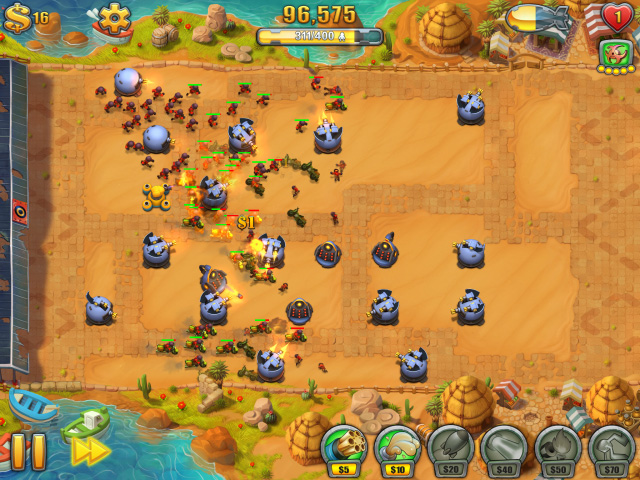 The graphics in Fieldrunners are great.  They are very vivid and colorful,  especially on the iPad.  The best thing about Fieldrunners 2 HD is probably the fact that IS on the iPad,  each level runs a bit long,  some up to 30 or 40 minutes.  Each level is bright and crisp looking,  and the background of the levels changes as the game progresses and the player reaches new areas.

The music,  while very repetitive,  is almost a parody of a march and fits the style of Fieldrunners well.

In the end,  Fieldrunners 2 HD is one of the best tower defense games to be released thus far.  The new towers and enemies are great and this game has enough to it to play it for weeks on end.