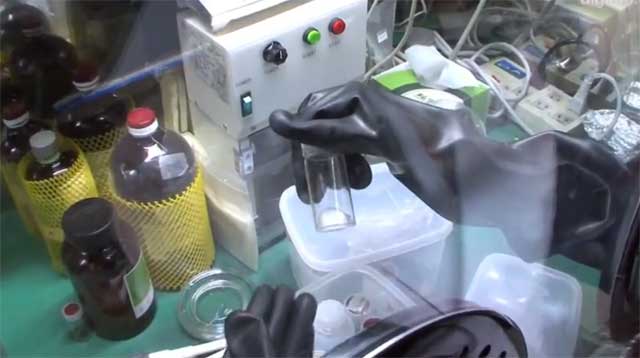 Most kids these days use sugar as a source of super-efficient fuel, over-clocking their supercharged bodies into a short burst of uncontrollable hyperactive brain power. It doesn’t last long, but whilst it’s there, the kids feel almost impenetrable.

In the upcoming years, it may be possible that household batteries could use sugar as a similar fuel method, but in a much more efficient way.

At first this sounds a little crazy, but research by a group at the Tokyo University of Science has led Professor Shinichi Komaba to the confirmation that hard carbon extracted from pyroylizing sucrose, an important constituent in sugar, is capable of replacing traditional anode material for sodium ion batteries, a common battery type for household rechargeables.

The hard carbon can be easy to manufacture too; by heating sucrose in an electric furnace at 1 thousand to 1,500 degrees Celsius in an environment free from oxygen, sucrose powder can be produced into black hard carbon powder.

The latest research follows years of hard work and study, but it looks as if the researchers in charge of the project are coming closer to their goals, and can now extract hard carbon from sugar with a storage capacity of 300 mAh, 20% higher than that of traditionally manufactured hard carbon.

“We’ve spent about seven years researching sodium ion batteries. We’ve gained a lot of know-how regarding electrolytes and cells for such batteries. We have all the reagents needed right here.”

How long do you think it will be before we see sugar-powered batteries in our day-to-day lives? How could this help the world as a whole? We’d love to hear your opinions in the comments.