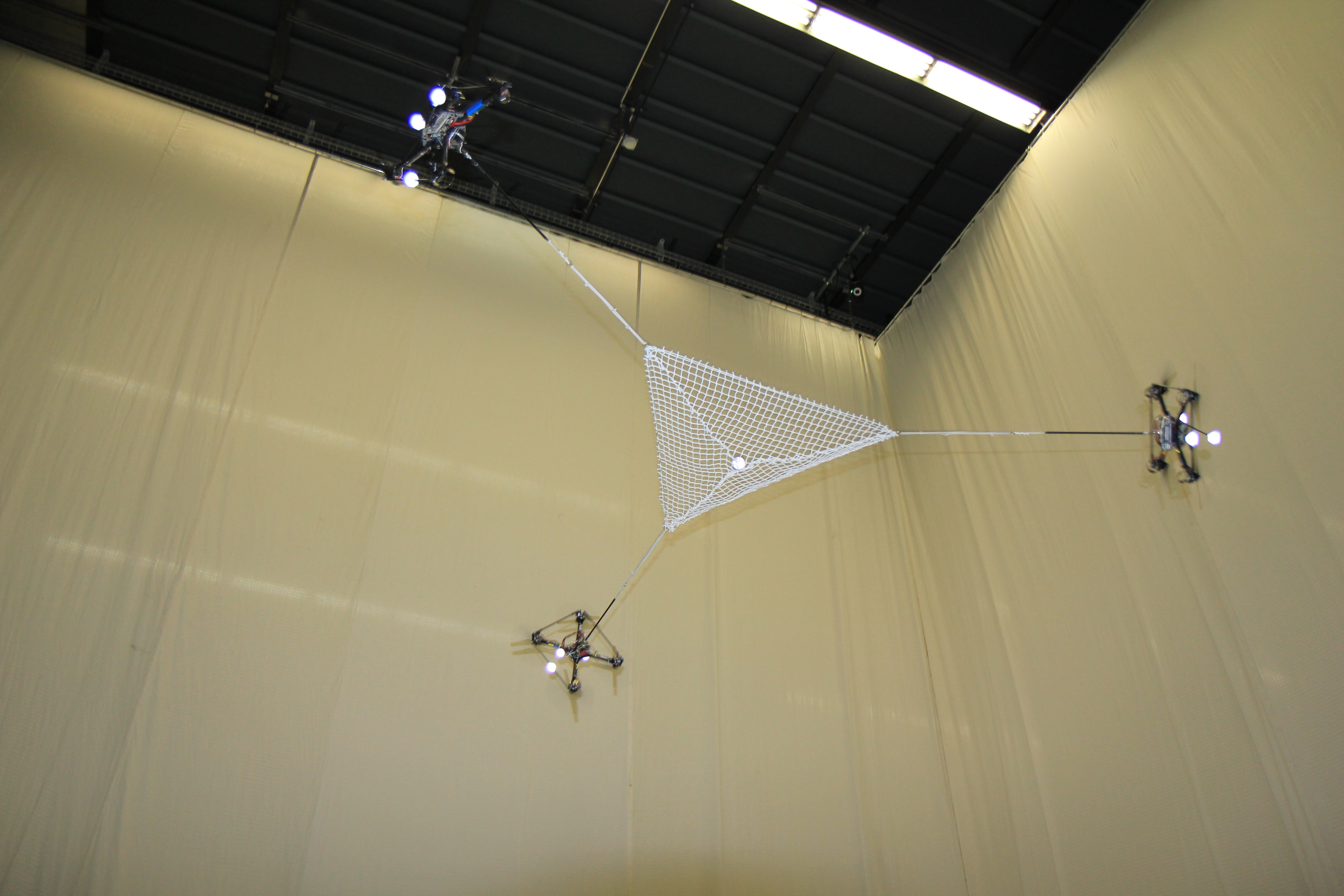 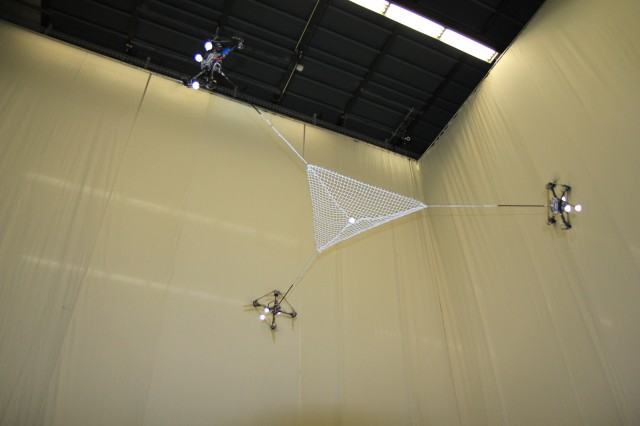 A group of Swiss researchers have created a new video putting their high-tech quadrocopter’s flying efficiency to the test. The three flying robots fly back and forth in recognition with each other, whilst each being attached to a three sided net. The intuitive copters can catch incoming balls by flying in formation to move the net accordingly. Once the ball is in the net, they are then also able to launch it upwards by quickly stretching out the net.

“To toss the ball, the quadrocopters accelerate rapidly outward to stretch the net tight between them and launch the ball up. Notice in the video that the quadrocopters are then pulled forcefully inward by the tension in the elastic net, and must rapidly stabilize in order to avoid a collision. Once recovered, the quadrotors cooperatively position the net below the ball in order to catch it,” Explains Robin Ritz, the top contributor to the project, and Lead Researcher at ETH Zurich’s Flying Machine Arena.

“Because they are coupled to each other by the net, the quadrocopters experience complex forces that push the vehicles to the limits of their dynamic capabilities. To exploit the full potential of the vehicles under these circumstances requires several novel algorithms.”

“Algorithms include an optimally-based real-time trajectory generation algorithm for the catching maneuver, a time varying control strategy to manage the forces on the individual vehicles that are induced by the net and learning algorithms that compensate for model inaccuracies when aiming the ball.”

By the sounds of things, it must’ve taken a lot of time and skill to create a trio of robots that can work closely with one-another to accomplish a task without being a hindrance to eachother copter’s performance. The robots show an impressive trait, but their ability to catch the ball still needs to be improved a long way before it could be compared to the likes of a team of professional Baseball catchers.

However, video footage of the quadrocopters below shows great potential for robotic interventions for day-to-day life, and with smart mechanics, and well-thought out algorithms like those in the quadrocopters, I would imagine it wouldn’t be long before robots like this are catching stuff in mid air or completing more difficult tasks.