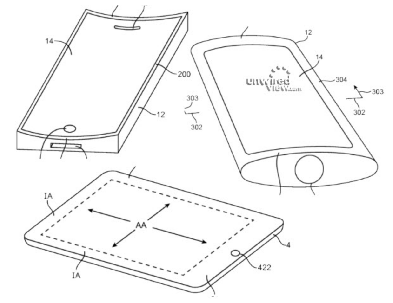 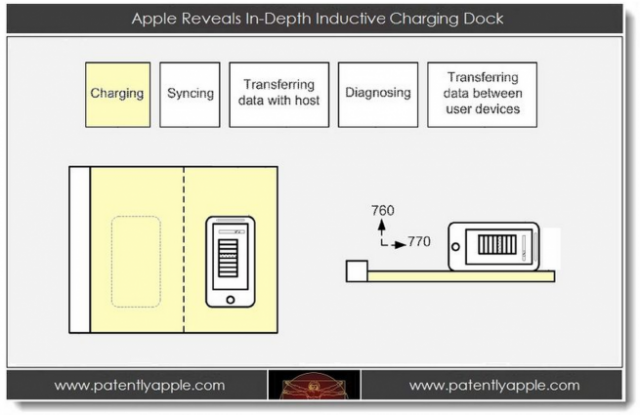 Another day, another Apple patent revealed. This time around, Apple has a few different patents up for consideration.

The first patent is for an inductive charging system patent, not totally unlike what is found in the Nokia Lumia 920. The system highlighted by Apple would not just be used for charging but also for syncing and transferring data between devices. Essentially that means it has the potential to replace the new lightening adapter. A wireless solution like this would be awesome, but a third change in Apple’s charging standard would likely anger more than a few of even the most loyal Apple fans. Imagine if they could combine a wireless charging standard with their universal battery patent, how awesome would that be?

Besides the inductive patent patent, Apple also seems to be working on a curved display, likely for one of their iDevices. What would be the purpose of a curved display? The design could allow for components to fit a little better, for one. Depending on how wide the curve was, there could also be issues like glare, though.

The curved shape of the screen isn’t what really makes this particular Apple patent stand out though, it’s the idea that a flexible surface would allow them to play an array of piezoelectric actuators below the display and activate them on demand for tacticle feedback. But what exactly is tactile feedback? Essentially, this means that you would actually feel feedback on the display, similar to a physical keyboard.

Is Apple the first to suggest either of these ideas? Not at all. Apple might not be the first to the party with these concepts, but at least they seem to be adding their own spin in order to make them unique. How long before any of these patents could make it into actual products? Hard to say, maybe never. Patents are just patents, and sometimes the technology describes is never realized- sometimes it is. What do you think?