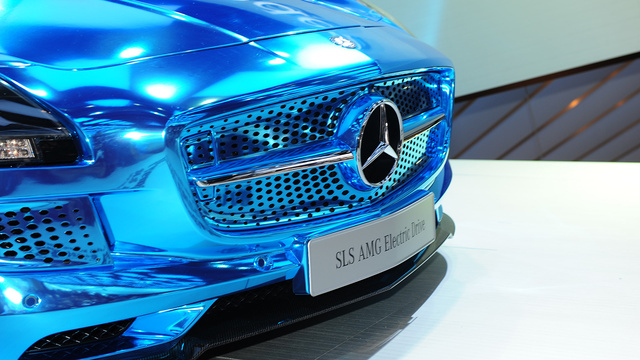 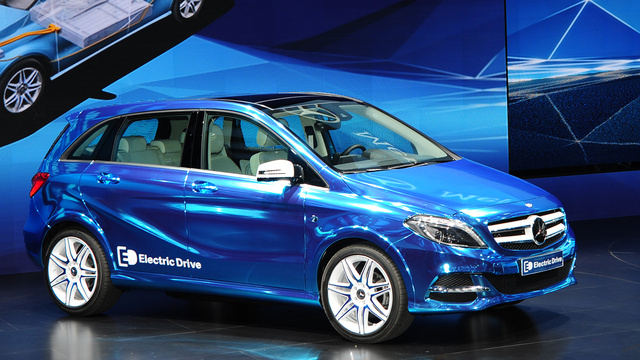 The Mercedes-Benz SLS AMG E-Cell has been making its way out into numerous auto shows over the past few years, but now there is finally something different this time around: its the full production version. No longer is it a concept or a prototype. Here we have a chrome blue beauty that is will be known as the SLS AMG Electric Drive.

The Electric Drive does away with gasoline guzzling design, instead having a four electric motors, one for each wheel. This combination is able to deliver 750 horsepower, which is more than impressive. The Electric Drive gets a 3.9 second 0-60 time and can top out at 155MPH. Even the range is pretty good with this car, at 155 miles. With four batteries with so much power, this thing takes forever to charge, right? Luckily, no. Using a custom charger, the automobile can be fully charged in just three hours.

The Mercedes-built beauty is rolling out in June 2013 with production starting shortly. How much will it set you back? If you expected a low-cost price point, you probably were kidding yourself. Mercedes vehicles always command a premium price, and the Electric Drive is no exception. If you happen to have $500,000 laying around in June 2013, you can certainly pick one up, though. This is two times more expensive than the gas-powered version of this vehicle. At such a price, you’d think it could fly too, or at the very least, drive itself.