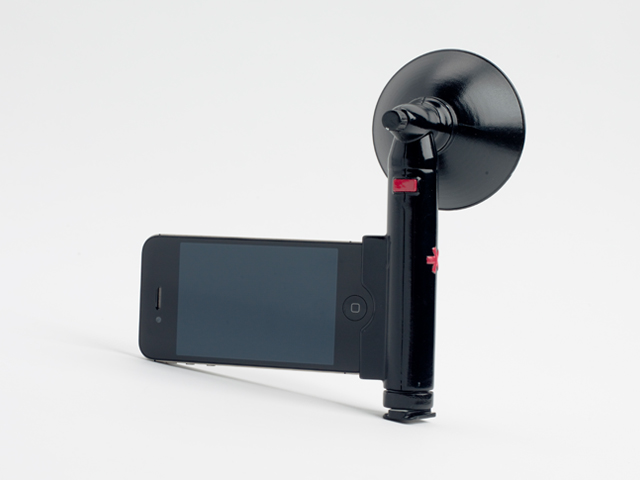 Wish you iPhone’s flash capabilities had a little more oomph? Check out the unique Paparazzo concept device. This thing is a bit big, so it’s probably not going to work for impromptu photo sessions- but for those planned moments, this could be great.

The Paparazzo has a retro look and feel. It works with both front and rear facing picture taking, and even can be used for your video footage. This concept device has a 300 Lumen LED and can adjust hte light individually for photos and video from zero to full brightness.

As the ‘concept’ name implies, this isn’t a commerical project- yet. The team behind the Paparazzo is working on an integrated app that would work with iPhone 5, and hopefully will someday be a commercial project. Since it’s just in the idea/testing phase at the moment, it’s hard to say how much such an accessory would cost you. Cool idea, nonetheless. If you want to learn more, check out paparazzolight.com for all the details.

Want better flash but don’t want to wait for a concept device in early stages? The iExpander offers an extra flash attachment and is at least a little closer to becoming an actual product thanks to its Kickstarter campaign.