If your Android phone is as much as a part of your daily life as mine, then your home screen layout probably means a lot to you. It’s common knowledge that the Android operating system is the most open OS for any mobile device, and Go Launcher EX is one of the reasons why.

If you know your Android smarts, you’ll understand that the home page we see on our mobile devices is known as the launcher, and if you didn’t know already, Go Launcher EX is an interesting adaptation of the usual vanilla offering. Go Launcher EX allows you to customize the launcher with different themes, widgets and backgrounds.

When you first download the application, Go Launcher EX will come with some preinstalled themes, but if you’re looking for something a little different, you can browse the Go Launcher app for paid and free themes created by the Go Launcher team and other Android developers. Because of the openness of the application, there are many launchers to choose from, and I’d be surprised if you didn’t find something that suited you. One thing to note is that because any developer can help contribute to the launcher library, you’ll come across professional themes and amateur themes as often as each other, and whilst most are of a decent quality, some may be a little less promising than stated. 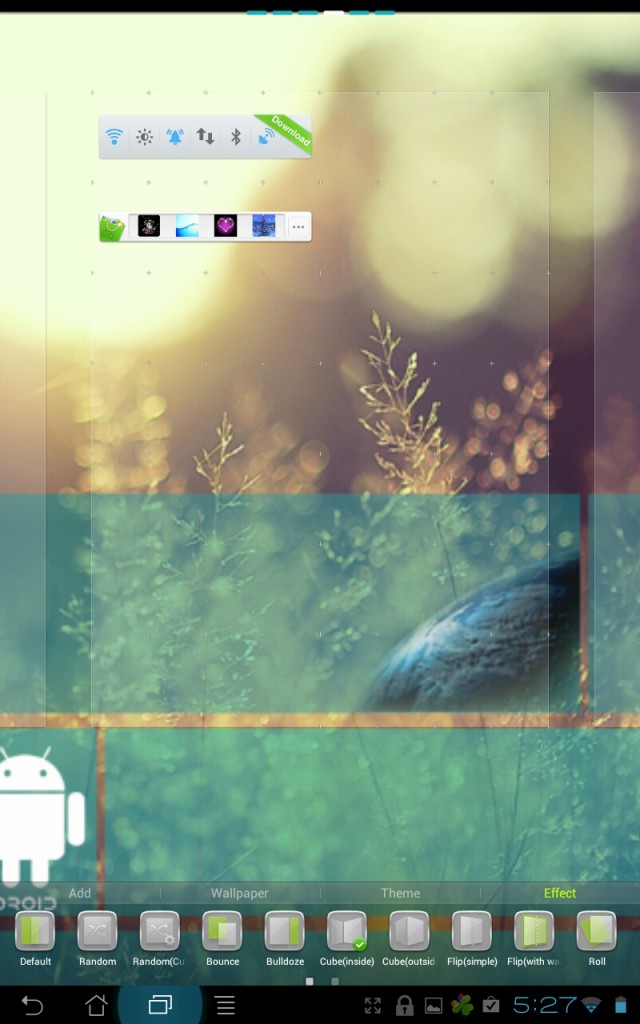 Once you’ve found a decent theme, many customization options open up to you, including custom widgets, home screen transition effects, and a custom app bar. As the theme library is so diverse, you will come across themes that aren’t compatible with some Go Launcher widgets, and other occasional issues with compatibility, but usually these problems are unapparent if you find a popular launcher, as these are the ones that have had the most support.

As well as average Android widgets, you can download Go launcher specific widgets which will help you to keep track of your daily Android usage all from your home screen. Widgets such as twitter streams, calendars, clocks, and notepads allow you to create a homepage suitable for you, whether you’re trying to run an efficient business, or if you’re aiming to speed up your personal use.

There is a lot of treasure to be found in the Go Launcher store, like plenty of free Android games, and after a little browse you’re likely to create something that is both efficient and appealing. This is something I made for my own usage, and I’ve fit almost all my daily tasks in just one home screen page, which is amazing seeing as I have up to eight more to fill with my content. 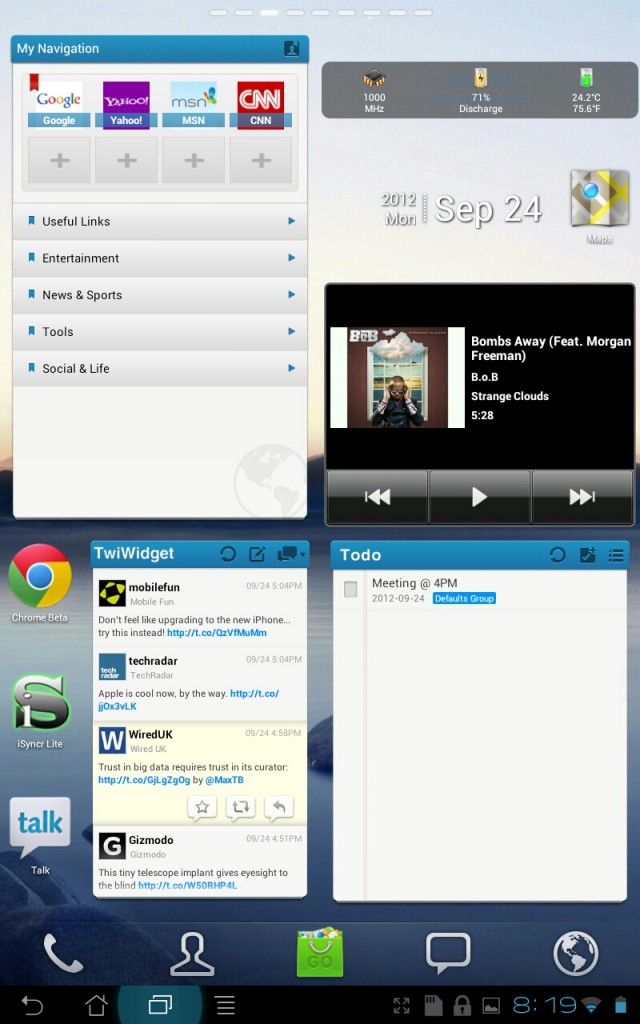 For most high-end devices Go Launcher will run without a problem, but if you’ve got an older device and try to fill your home screen with widgets, you’ll probably experience severe hardware lag, and even on some high-end devices you may see a decrease in performance whilst using a task-heavy launcher screen. Compared to the original launcher, the battery life will be decreased significantly if you’re often on the home screen as the widgets and fancy animations will add a much larger strain to the device’s CPU, so even though it may look pretty, and help smooth out your daily tasks, you can’t be guaranteed a smooth performance.

The settings of Go Launcher EX gives a wide range of behind the scenes tools to help improve your experience, including performance-increasing methods such as eliminating animations, and tools to mix-and-match different launcher features. There are many options here to be tweaked with if you’re into the more performance-related customizations. 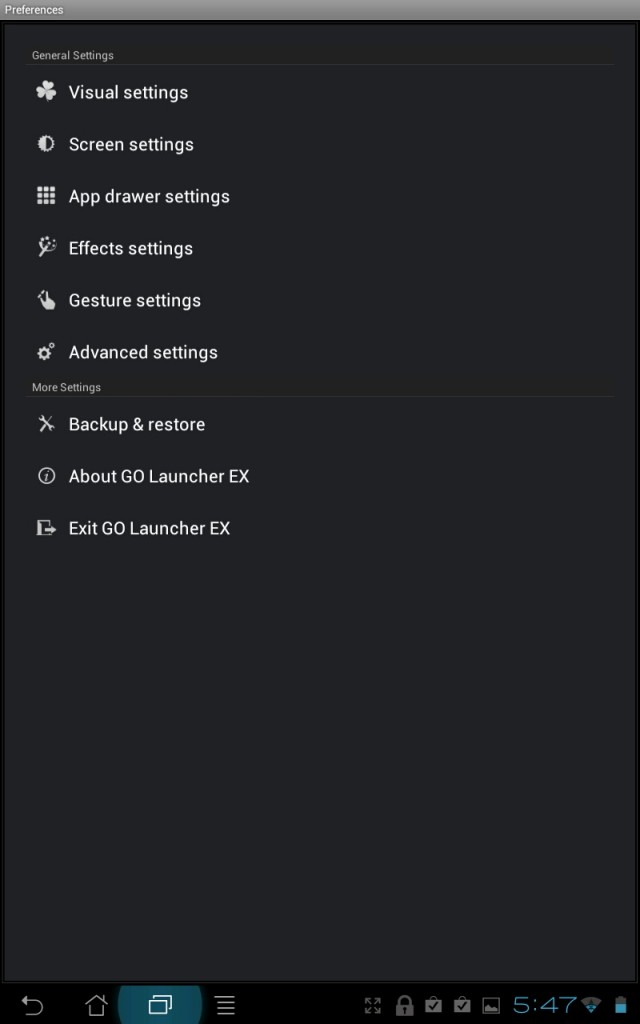