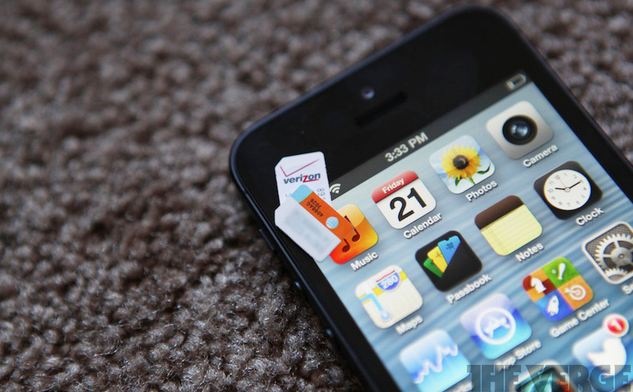 And so, after plenty of overnight camping and hullabaloo, the Apple iPhone 5 has officially been launched into the mobile world. The assumption is that when you buy the iPhone 5 on subsidy that it’d be locked to that service provider. That’s mostly true, except when you buy it from Verizon, because it comes unlocked.

This has now been confirmed by the Verge. If you go out and buy the iPhone 5 from Verizon, assuming that you can find stock, you’ll be pleasantly surprised to hear that the iDevice comes fully unlocked right out of the box. What this means is that you can go ahead and replace that Verizon nanoSIM with one from AT&T or T-Mobile and have it work too. This is particularly useful if you are traveling internationally, because it means that you can pick up a prepaid SIM at your destination and avoid those nasty roaming charges. Of course, many carriers don’t have prepaid nanoSIMs yet, so you may have to break out the scissors and carefully snip the regular SIM or microSIM down to nano-sized proportions.

The good news is that the Verizon iPhone 5 should be fully compatible with the 3G network from AT&T. The bad news is that it won’t work with AT&T’s 4G LTE, since it uses different bands that Verizon. This also means that you’re likely stuck with 2G/EDGE if you pop in a SIM from T-Mobile, though Old Magenta is reportedly rolling out some iPhone-happy 4G HSPA+ coverage in cities like Seattle, Las Vegas and New York.