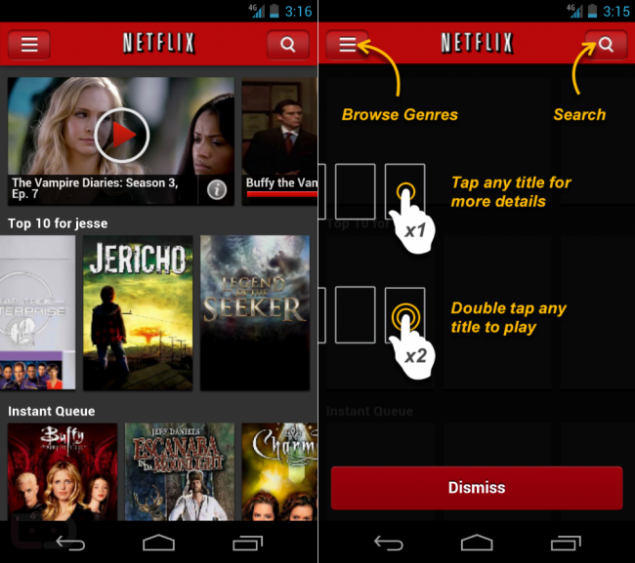 What do you think of the Netflix app for Android? While many users have learned to live with the smartphone version, not everyone loves it. That being said, the UI is finally getting a change it seems. Several people have spoke up claiming that they now see a new user interface when using Netflix.

The funny thing is that there is no Google Play update, so how is that possible? It’s possible thanks to Netflix’s HTML5 webview design for its main content pane. This means that certain elements of the Netflix app can be totally reworked without needing to submit an update.

So this isn’t a new update per-say, it’s just a UI change. The new interface has a side-scrolling experience that isn’t too terribly different from what we’ve seen in the tablet version, or even on the desktop. It has new options like single-tapping a show for info or double-tapping to play.

What’s weird about this new UI is that it is hit and miss on who gets it. Many users have reported the new UI, while total fresh downloads of Netflix are still showing off the old one. Perhaps Netflix is testing out the changes and it inadvertently is making its way to some users?

Do you use Netflix on Android? Does it look any different for you? Let us know in the comments below.