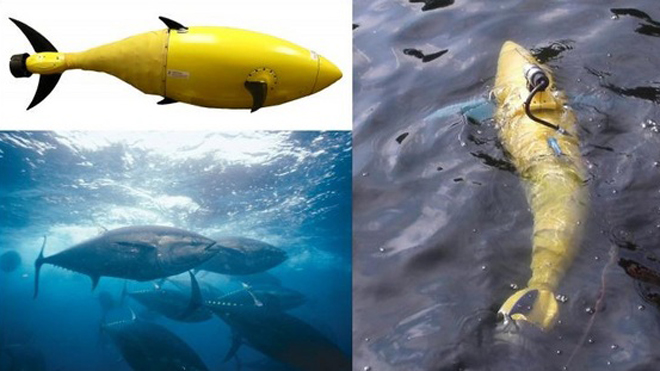 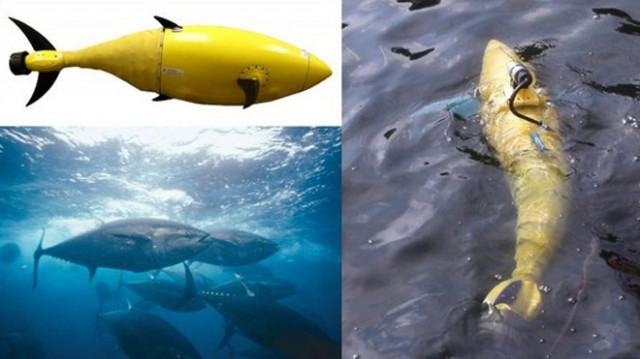 The government seems forever fascinated by the idea of taking animal abilities and giving them to robots. First there was the DARPA cheetah and pack mule robots. Now we have a tuna fish robot. Yes, really.

Why make a robot that is designed to swim like a tuna? The truth is that tuna fish are great swimmers, and fast, too. The “BIOSwimmer” has replicated the fins and flexible tail to give it the ability to maneuver in a manner that is very similar to the tuna.

Homeland Security is actually funding the project, though it is made by the Boston Engineering Corporation. The idea is that these robots could be used for missions like exploring flooded areas of ships, inspecting oil tankers and even patrolling U.S. Harbors.

There is a reason for why we often see real animal and human concepts go into robots, the natural designs just make sense. Many solutions to problems come from examining nature, and it’s no different when it comes to robotics.

Besides swimming quickly and in difficult waters, the BIOSwimmer can also fit into extremely tight spaces and is controllable via a laptop. The robotic fish also has its own navigation system, processing sensor data and communications system.

What do you think of this tuna fish-inspired robot? At least this robotic animal actually looks quite a bit like a metallic version of the real animal its designed after.