There’s times in history where reinventing the wheel has been a huge success, and at other times it’s led to complete failure, and this is very similar to the infrastructure of how many apps and games are being developed.   But when making a game similar to thousands of others, you’re either successful or you fail terribly. I truly believe Agent Dash to be a successful recreation of the popular Temple Run game.

The first thing to note about Agent Dash is that the controls are different to most other games similar to Temple Run. Instead of tilting your device left and right to change your character’s movement path, you’ll simply be able to swipe across the screen to change the lane your character is in. This defeats the issue of insensitive accelerometers, and also our arms get a rest from holding the device too long, which is especially handy if we’re using a large tablet to play the game. 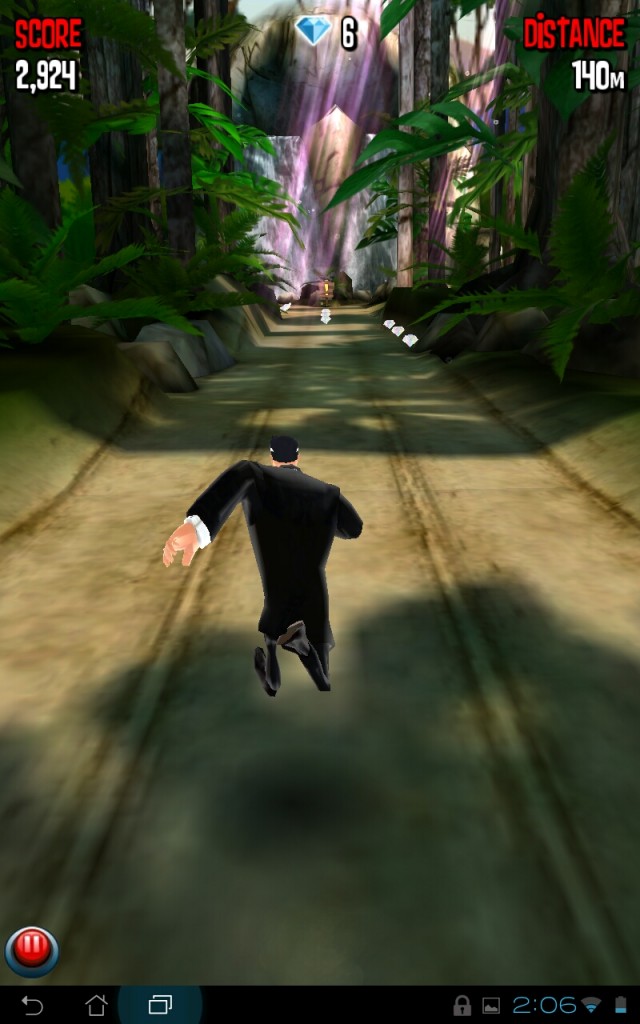 In Agent Dash you’ll have diamonds scattered across the level for you to pick up, and like Temple Run, the diamonds are used as a currency and can be spent to upgrade abilities and buy new characters. You’ll also have achievements to boost your score multiplier and all this will lead to quicker stacks of diamonds to spend however you wish.

The different lanes in Agent Dash create a wide variety of choices to be made. Not only can you choose to go left and right at the end of most corners, but you can also decide which lane you run down, and whether you risk running into obstacles to gain the most diamonds and powerups or whether you’d prefer to play it safe and try to reach as far as you can. In my opinion, the gameplay in Agent Dash is a huge improvement from Temple Run’s gameplay, and I’d be happy to put many more hours into Agent Dash. The scenes change regularly and there are many characters to purchase with separate costumes, who unlike Temple Run, feel very unique and have their own style without breaking the theme of the game. 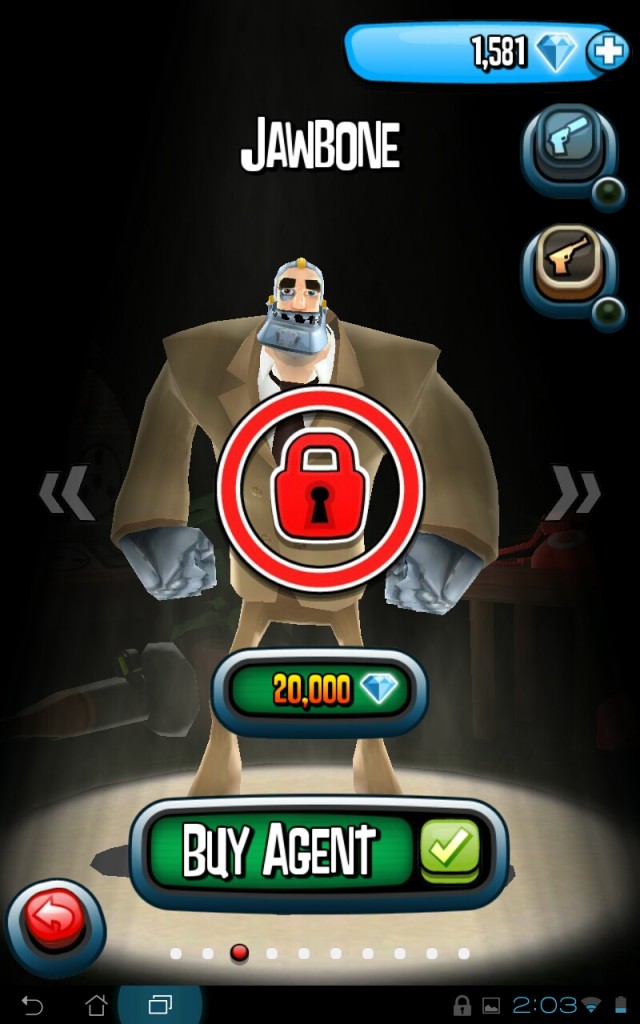 The graphics in Agent Dash are superb, featuring high quality objects and scenery, and a very realistic lighting. The character models are stylish, and easy to remember, and would remind you of Pixar’s The Incredibles. Gameplay would probably be quick to get dull without the regular scene changes, taking you into secret laboratories, thick jungle environments, and worn-down city centers, and the interface is clean and easily navigable.

The background music perfectly fits the spy theme of Agent Dash, and creates a rather comical gameplay experience. The game can be exhilarating and extremely challenging, but the backtrack helps us to remember that the whole game is just a bit of fun.

Check it out here.