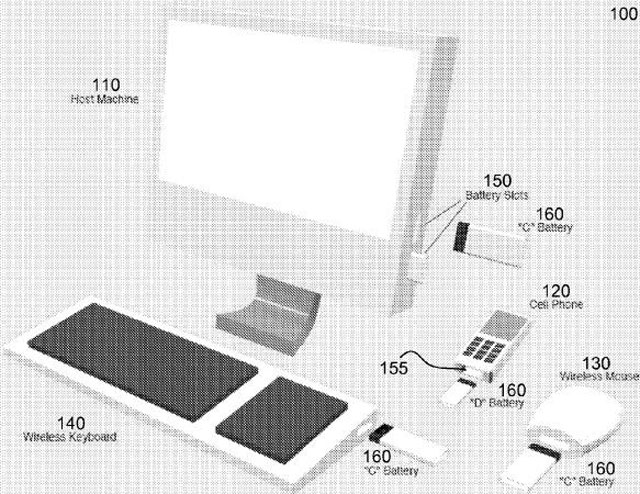 When it comes to companies that use removable batteries, Apple is the last name you think of. That’s what is somewhat ironic about Apple’s most recent patent. What’s the patent all about? It’s a universal battery charging system.

The patent was filed in March of 2010 and essentially painted the picture of a system that would allow interchangeable batteries that worked with various Apple devices. Imagine a future version of the iPhone, iPod, MacBook, mouse and other Apple products sharing the same type of battery. One goes low, you swap out for another battery.

One problem, different devices will inevitably have different power needs and requirements. Apple seemingly understood this hurdle though, and found a way around it with this patent. The battery is designed to “negotiate with the coupled electronic device for an agreed range of power parameters at which power will be transferred to the device and to configure the rechargeable battery to provide power at the agreed range of power parameters.” That’s a fancy way to say that it simply can adjust itself for this different devices.

This is beyond a cool idea, if not completely a different direction than we’ve seen from Apple thus far. At this point it’s hard to say what Apple will do with this patent and what devices it might affect. For all we know, it might only affect Apple accessories like keyboards and mice. What do you think?