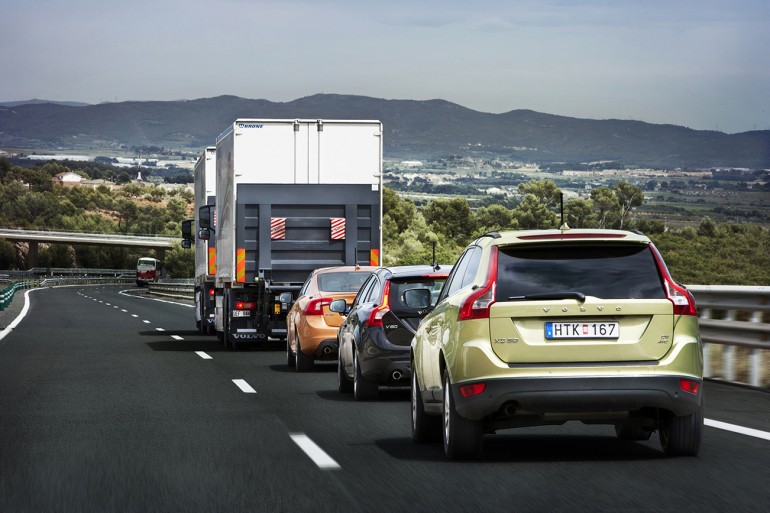 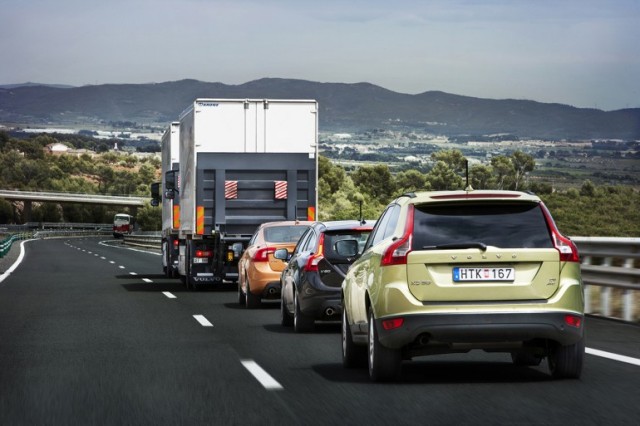 As much as we want to push public transit as a sustainable public transportation option, it’s just not viable for some commuters. An autonomous road train could be much more intriguing, though, because it means that commuters can stay in their cars, but they don’t actually need to drive them. Indeed, the SARTRE autonomous vehicle train project that we heard about a couple years ago has now been completed.

Standing for Safe Road Trains for the Environment, the SARTRE project effectively gets groups of up to eight vehicles to all drive together as if they were a connected a train. There is a “lead” vehicle, likely a bus or a truck, that is driven by a professional and this lead vehicle effectively steers and drives the other cars by way of wireless communication. The gaps between the cars are minimized (no more than four meters), which reduces drag and thus improves fuel economy. The project appears to have been quite successful, proving a concept for the future of suburban commuting. 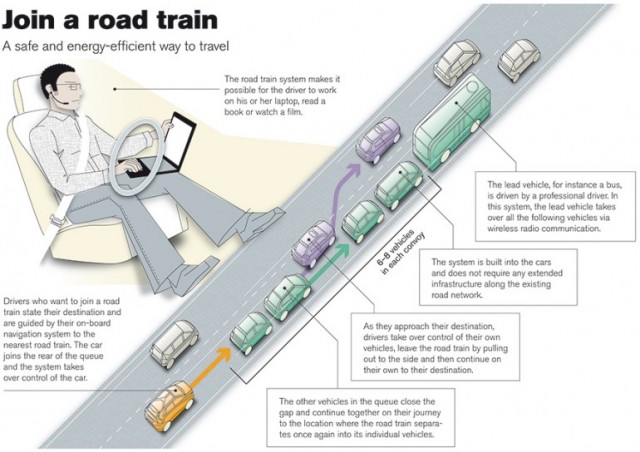 Road trains can be integrated on conventional highways, so you don’t need as much in terms of additional infrastructure. When your car is in one of these road trains, you can kick back and relax, reading a book or playing a game on your tablet. When you get closer to your destination, you take over control of your car, pull out of the road train, and continue on to where you need to be. In this way, these autonomous vehicle trains fit somewhere between conventional single-car commuting and public transportation. It also provides that middle ground toward fully autonomous vehicles, like those being tested by Google.

The SARTRE project was led by Volvo, hence all the Volvo vehicles in the pictures, but this could just as easily be expanded to other cars too. Volvo is saying that these autonomous road trains could be on conventional highways with mixed traffic within the next ten years; the biggest hurdles are legislative. This sounds fascinating and while it won’t be a final solution for mass transit, it does look like it could be very useful in the short to middle term. 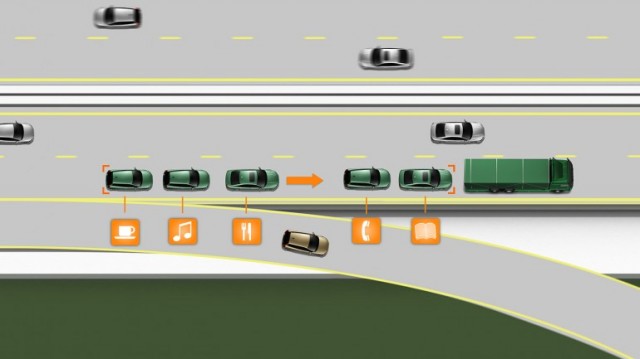 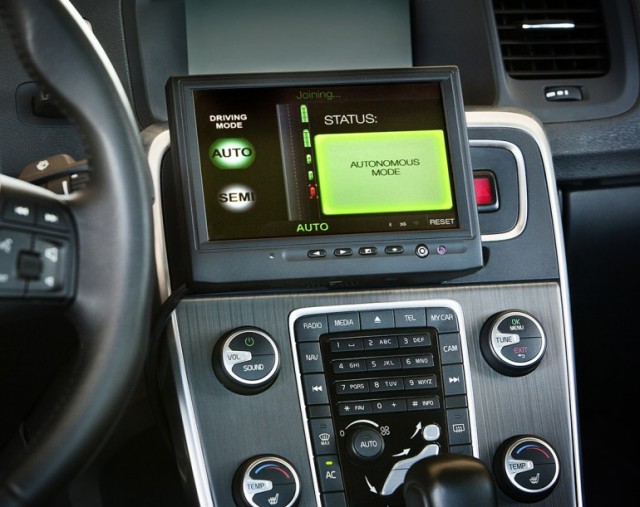 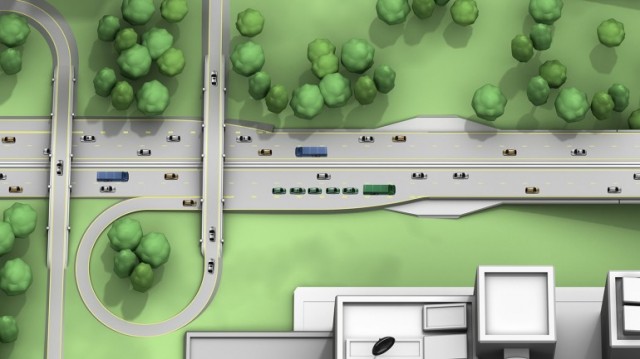 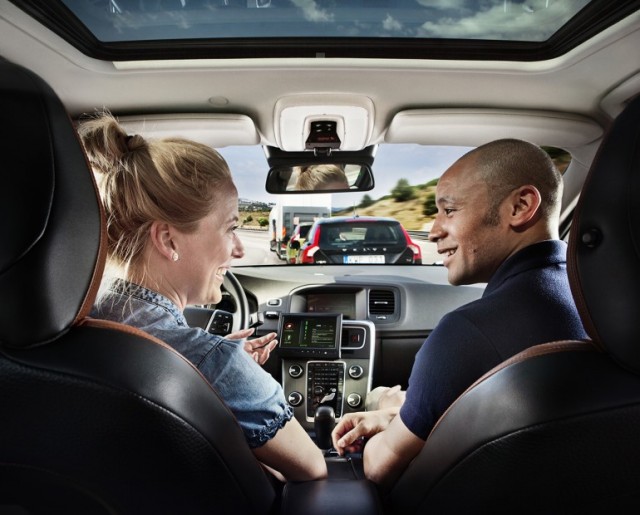