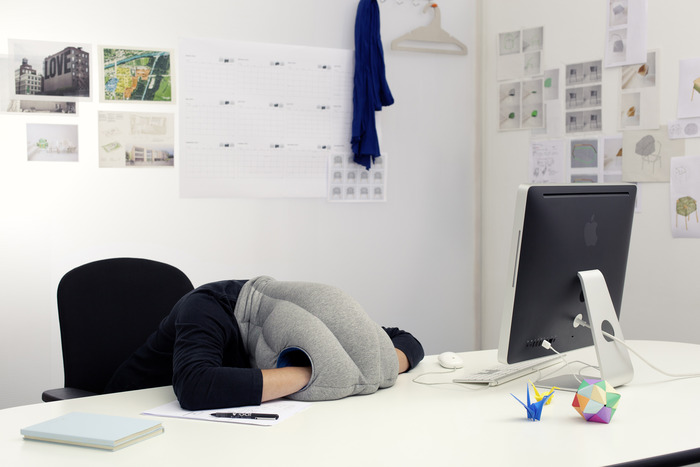 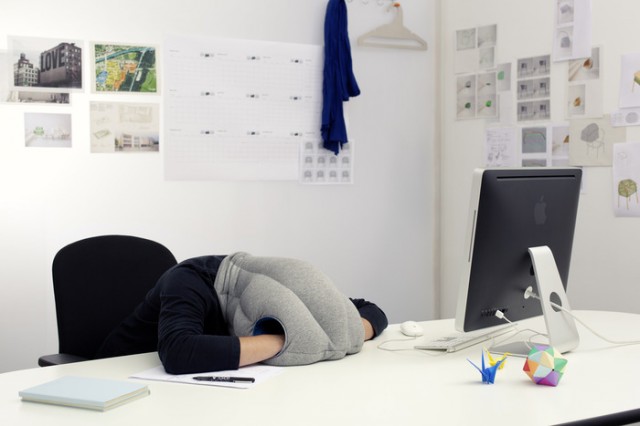 At first, I thought this had to be a joke, but then I started to think about how useful it might be. It’s called the Ostrich Pillow and it’s a thing you wrap around your head so you can take a power nap on the go. Go ahead and sleep at the office (on your break), in the library, at the airport, or on the train. You can be completely dead to the world.

Created by a young architecture and design studio called Kawamura-Ganjavian, the Ostrich Pillow is kind of like a Snuggie for your head. It fits over your head like a hood, providing a hole in the front for your nose and mouth, plus holes on either side to slot in your hands. They say that this offers “a micro environment in which to take a cosy and comfortable power nap at ease.” 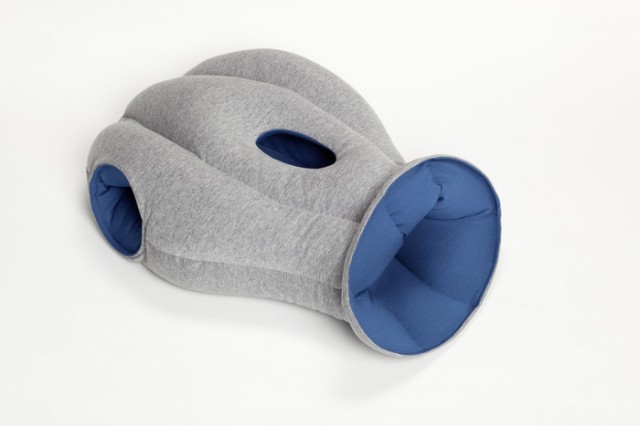 You know how an ostrich buries its head in the sand when it’s scared? (Or at least that’s what cartoons taught me.) A similar idea applies here, because you really can’t see anything outside of the Ostrich Pillow when your head is in there. I’d just suggest that you keep your valuables safe while power-napping, since everyone around you will know that you clearly can’t see them either. That and you’d look pretty goofy napping on a train station bench with this thing on your head, but that’s another issue altogether.

They’re seeking funding via the Kickstarter project. The goal is to raise $70,000 and they’re at about $17,000 with just under a month to go. Pledge a minimum of $60 as an early bird to get one of the first Ostrich Pillows. That includes free shipping to the USA, but shipping costs $20 and $15 for Canadians and international backers, respectively.