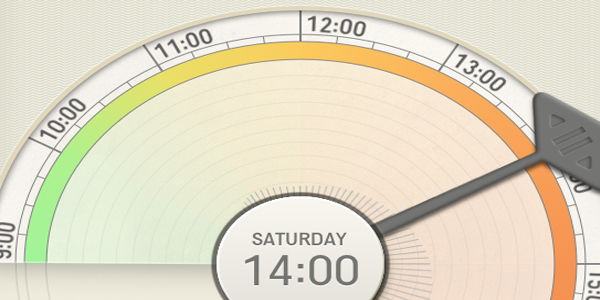 Partly Cloudy is more than just a weather forecaster for your local area, and it doesn’t stick to the normal design of a weather channel or app.

Unlike most weather apps, that just give you a straight forward weather, time, area design and no imagination, Partly Cloudy delivers an incredible re-design of how to check the weather within seven days, and at any place in the world. 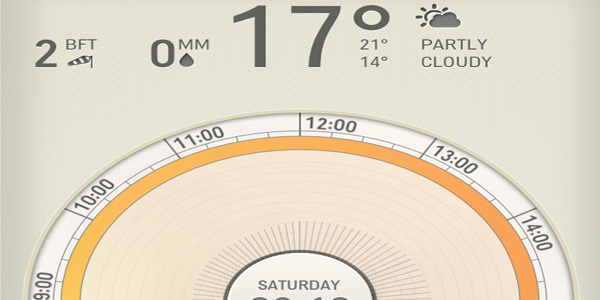 Weather forecasts have never been so fun, the app creates a spinning wheel, which when turned can tell you the weather and other climate features at a certain time.

The circle time frame is incredible because it not only gives you text to identify the weather, but it will give you colour graphs and water spurts on the circle to tell you how much rain will fall and how hot it will be.

Since now, there has never been a largely recognised iOS app that takes away the traditional design of a weather app, and mixes it up so it looks nothing like the traditional app.

Partly Cloudy is truly a show of what you can do with an app if you have the right tools and ideas available.

Not only does Partly Cloudy work without having to zoom in or out, or scroll across the page, but it gives you all the information you need in more than one format.

Apart from telling you the temperature at a specific time, it can tell you what you should expect at that time, i.e, light rain, heavy snowfall.

There is also wind force and precipitation on the graph – useless if you are planning a barbecue but don’t want to be blown away by high winds.

On the wheel itself, it gives you a colour graph to tell you the amount of rain and amount of precipitation at a certain time.

It does this by filling the circle up with more water when the precipitation is heavier.  There is also wind force that is delegated in lines: larger ones show more wind force.

All this information is a lot to cook up and enough to satisfy the avid geographer when they go exploring.

You can change from 12 hours, 24 hours or 7 days on your info-graph. You can also change where you want to find the weather out.

The app is incredibly simple to use, as soon as you hit the wheel page you don’t need to go anywhere else.

All information is in front of you, and it only takes a tap on the little ‘i’ in the top left corner to figure out what all the symbols and numbers mean.

If you do get stuck, Partly Cloudy has added a tutorial for you to understand what to do on the app. The tutorial is pretty good and gives you detailed information on all parts of the app.

We tested if the app would crash, by spinning the wheel very fast, it kept up with us but occasionally blanked for a second, then showed the weather. 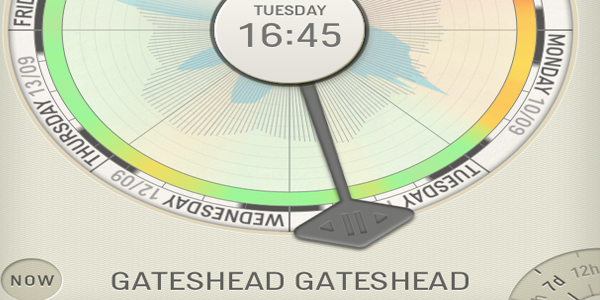 Realistically, we couldn’t think of any bad points for this app, it is incredible and doesn’t give you and problems with the user interface, or with a lack of information. The only problem, and it isn’t really a bad point on the app itself, is that it costs a bit more than all the free ones floating about, and it has some trouble predicting weather outside Berlin, sometimes.

Pick it up on the Apps Store today.